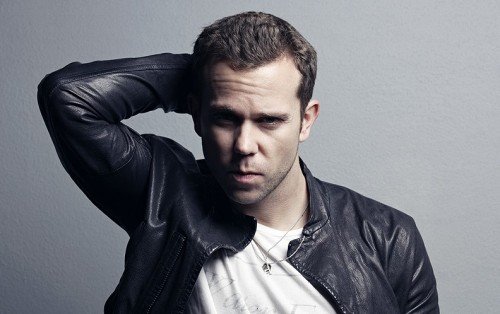 From the Cote D’Azur to the deserts of America, via Seinfeld and Sonic Youth, Anthony Gonzalez, alias M83, mines his memories to make epic electronica for the little kid in him – and all of us.

The lights go out. The Shepherd’s Bush Empire, that time-honoured London venue, is packed to the rafters. Blue spotlights come on, piercing the smoke on stage and passing through an expectant audience. A staccato synth strikes up.

It sounds like an old sci-fi film. Someone enters the stage and the mobile phone cameras go up in the air along with the whoops and cheers. The someone is wearing an alien mask – big, black, bulging eyes, a ghoulishly grotesque face, dishevelled hair – and matching gloves. 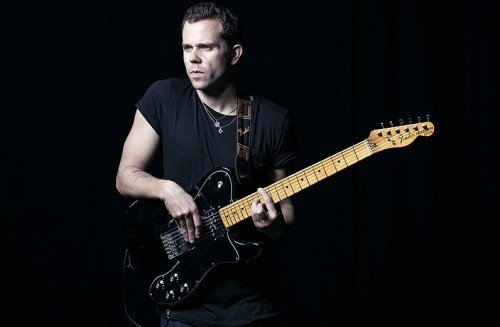 The rest of the outfit is black. Slowly, deliberately, the monster raises its claw- like fingers. The synth mantra swells. The cheering gets louder. And then it all stops.

Has someone pulled the plug? Slowly, a sweet melody begins to emerge from the cacophony and the fans recognise it immediately: Intro, the opening track on M83’s latest album. At centre stage is Anthony Gonzalez. He has taken off the alien costume and is now accompanied by three other musicians.

A synthesizer fortress, drums and flashing lights. “Carry on, carry on,” he sings into a microphone, his voice slightly gravelly. This charismatic leading man captivates his audience for the next couple of hours, and says a sweaty goodbye at the end of it all with a colourful stroboscope fireworks display and the synth epic, Colours.

The fans go on cheering as the twinkling hail of stars on the stage screen slowly goes out. 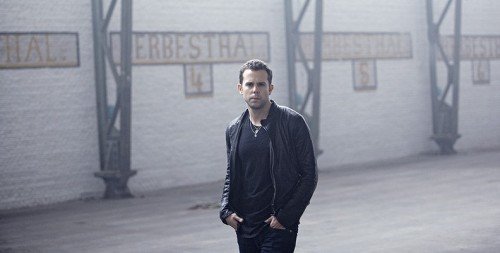 The next morning, Gonzalez is lolling on a couch in the sterile backstage area. He has dark blond hair, cut short like a schoolboy’s, bright blue eyes and a smile that is both friendly and shy. Muscular upper arms peep out from beneath his T-shirt. He is wearing jeans and trainers.

This is not how rock stars are meant to look. At first glance you might think the 31-year-old Frenchman was a sports science student with ‘perfect son-in-law’ written all over him. “I’m really not a performer,”

Gonzalez says, when the subject of last night’s show comes up, and gives an impish grin. So who was that on stage last night then? That energetic, self- confident fellow singing into the mic?

“Thanks very much for the compliment,” he says. “I’ve slowly been growing into the lead-singer role and I don’t have to hide behind my synthesizers any more.”

Gonzalez is a master of understatement. He formed M83 11 years ago, naming it after the Messier 83 galaxy 15 million light years from Earth. His sixth and latest album Hurry Up, We’re Dreaming, was released in October last year and went straight in at number 15 on the US Billboard charts.

The epic scale of M83’s songs mean they are often used in films, from indie dramas like Stranger Than Fiction to sports documentaries like The Art Of Flight. M83 have already supported bands such as Depeche Mode, The Killers and Kings Of Leon on tour.

Gonzalez says he’s adopted a few things from those bands’ frontmen, but in truth he’d much rather be at home in his studio tinkering with sounds and working on new pieces.

M83’s records are playful, harmonious and dreamy, with ethereal melodies and a wall of synths. They release the happy hormones at the same time as evoking the comforting melancholy you get leafing through yellowing photo albums.

Gonzalez discovered his love of flashy sound boxes when he was seven, watching a concert by French musician Jean Michel Jarre on TV.

“He was surrounded by all these amazing vintage synthesizers. He looked like a musician from the future,” he recalls. “And then I got a Bontempi keyboard from my parents for Christmas. It was very cheap, but good enough for a kid.”

From then on, he would experiment with sounds in his bedroom for days on end, the only unusual element in an otherwise normal upbringing in the southern French coastal town of Antibes: going to the cinema, fooling around with his friends, a first kiss when he was 10.

“It wasn’t pretty,” he says. “In the summer we’d meet in the evenings in the garden of the estate where we lived and do stupid stuff. I was hanging out with older kids and they decided I was ready for my first snog. I was shy and actually not prepared at all and the girl was really ugly.”

As Gonzalez tells these stories, a smile is plastered across his face. Memories such as these spark a longing in this self- confessed nostalgic, who tries to capture the light-heartedness of childhood innocence in his music.

“You’re not scared of anything when you’re a child,” he says. “You know that everything will be OK. I miss that feeling. My music is a tribute to youth. It’s therapy and a diary all in one.”
Read the rest of the interview at redbulletin.co.uk Photos by Sebastien Agnetti