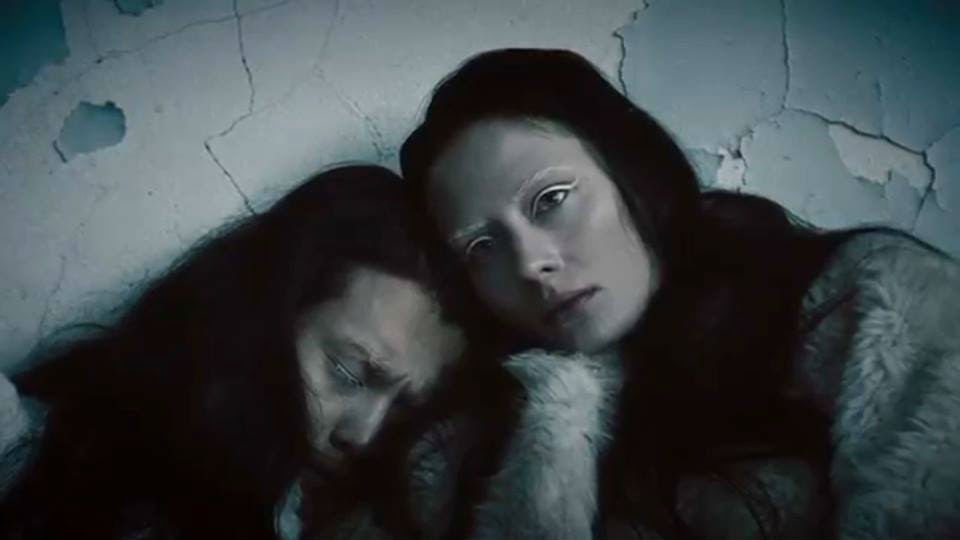 The intriguing Swedish artist, returns and gleams…”Lotus Interception – she explains – is a video I directed together with Emiliano Altera. With Therese Korning and Alexander Pihl filming it we tried to capture the beauty of this sterile, calm winter, the snow uniting the buildings in swedish abandoned mining towns with the deep forest around. It has such a soul to me. It’s based on a reflection on a dystopian world, after mass consumption and greed has left the world empty of human society. The two people in the video are made to symbolize one single person, and the friction and conflict within ones soul, like polarities in unison. As much as they are at home with themselves it shows feelings of being out of place, wanting to feel absolute connection but experiencing separation and isolation from one’s self.”

“For me personally, this is not only a reflection on my own emotional self but also on this time and the collective thoughts that seem to be present.We seem to be more disconnected from each other in physical terms then ever before through social media and the fast pace of things. Many people appear to be a feeling that we are “seeing the last of the good days”.The worlds looks quite harsh with nature being affected by our global warming, the free market being in charge rather than values and the politics centering in around racism and fascism. I think people are scared. I’m sort of praying for practical solutions and political reasoning to make globalism and unison possible without mass consumption in the same regard. Humanity is worth saving!”.