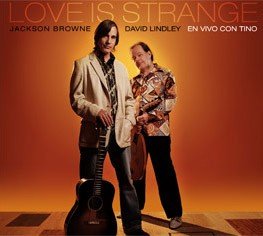 Love Is Strange, the new 2-CD live album from Jackson Browne and David Lindley, will be released on Inside Recordings–Browne’s label–on May 11.

Love Is Strange was produced by Jackson Browne and Paul Dieter, and presents highlights from the tour of Spain that Browne and Lindley played in 2006, in grand concert halls, rock venues, and intimate clubs.

The recordings are “en vivo”–live, and “con Tino”–with celebrated Spanish percussionist Tino di Geraldo, and guest players and vocalists from Spain. “En vivo con Tino” is somewhat of a play on words; it also means to do something cleverly, or to “do it right.”

In the liner notes for Love Is Strange, Browne writes of the charmed tour, “It was a flash, as we sometimes used to say in California.

A flash in time that went by so effortlessly, and with such pleasure, that I must ask myself if it really happened. But here it is–a CD of some recorded moments, or perhaps a bridge, or a small door, between a life lived mostly in America and time spent with some really good friends in Spain.” 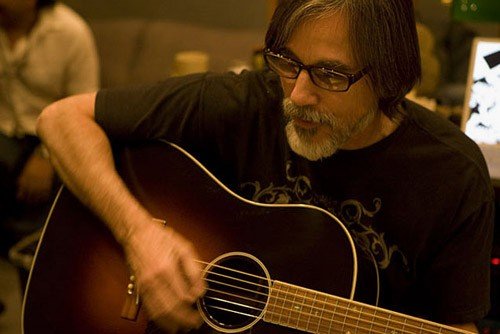