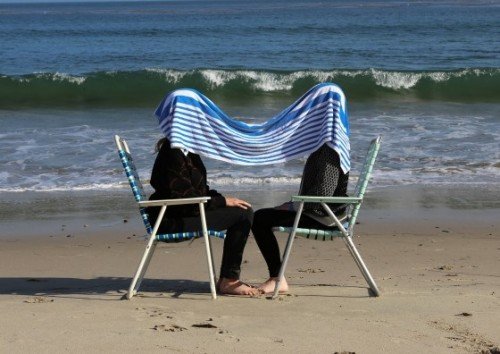 And watch a teaser video for ‘Generation Club’:

Sherry explains “There’s a lot of loneliness and isolation… and time is mentioned a lot. Time passing slowly is a theme for some reason. Austin is a lazy town and time goes very slowly, we love it here but people don’t really hop to it so to speak.”

“To get the record done Kevin didn’t talk to anyone for a long time and just focused on recording. Isolating himself really angered all of his friends, who thought he was being weird, which furthered the level of isolation… Overall it’s a positive album, but it is very reflective.”

With the record’s conception pointed at their first European tour & time spent in Berlin, it makes sense that ‘Generation Club’ was created with their live show in mind, this time with a focus on creating a slightly fuller sound.

“E.S.P. was so short and minimal, our live performances felt like we were reading poetry at a music venue.

This time we wanted to add some mid-frequency tones to help balance out the quiet on stage. The album is still minimal and sticks with what we do best. We’re always going to love drum machines more than live drums for this band, it just fits better.”