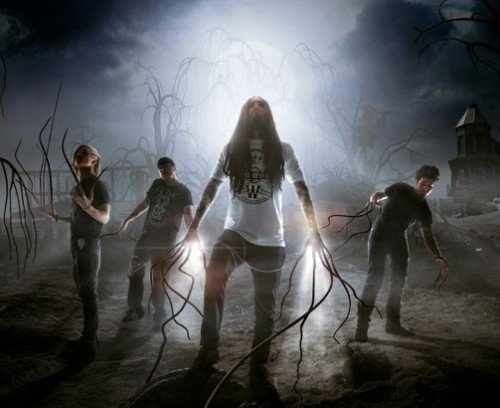 Love & Death are at the forefront of the Nu Metal/Alternative Metal music scene in the US. They are also noteworthy for being the brainchild of former Korn guitarist Brian ‘Head’ Welch.

With an exciting tour lined up to help fund relief and development projects in Africa and their own Christian outlook on life it seemed the perfect time for Fame to catch up with the band and learn more about what seems destined to be a busy 2013 for them?

Here are the highlights of our recent interview with Love & Death’s bass player Michael Valentine: 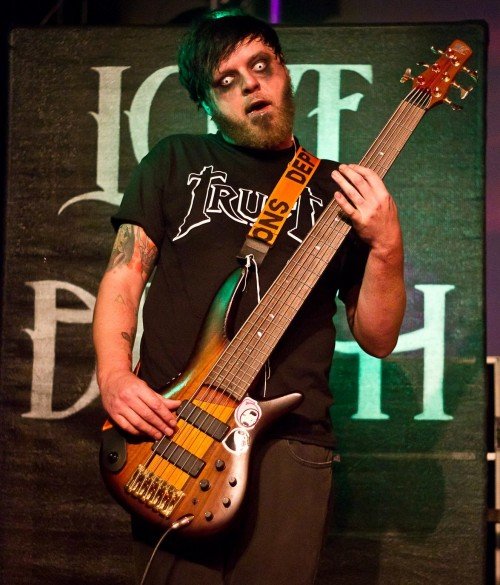 Hi Michael so what can you tell us about your debut album ‘Between Here & Lost’?

This album was built on 4 years of blood, sweat and tears… we have re-written it like 3 times… It was very important to capture the music exactly the way we pictured it.

The band formed initially via auditions on You Tube. I know there have been some line-up changes, but can you explain how the band have adapted as it has grown?

We were not a group of boys who had grown up together, so we had to “Get Along” fast.

For the most part everyone was kind and kept on their best behavior… Some of us couldn’t deal with the road life anymore and had to say their good-byes… there was never any ill-will towards anyone.

When J.R. came into the picture, everything felt right and thats when our writing and live performance took a turn for the better.

What inspired the material on the new album?

ALL of the experiences from the last 4 years… One huge breakthrough was when we finally convinced HEAD that it was O.K. to have the Korn feel.

Head would write an awesome riff and then say, “We can’t use that , it sounds like KORN.” And we would say, “You helped make that sound”… After he came to terms with what he was good at, the music just started flowing.

You will be able to tell a HUGE musical difference between this album and Save Me From Myself. 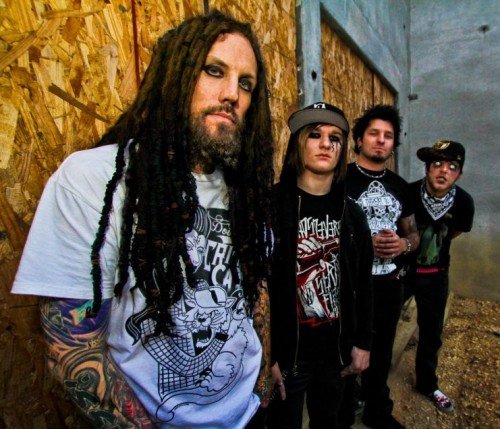 If you had to describe your music to a newcomer, how would you do it?

A really good KORN album in a parallel universe.

I have been reading about the ‘War of Change’ tour (alongside some exciting bands). How did you get involved in such a worthy cause?

We have been touring for 4 years now and have played with some really cool people. We wanted to do something that would be a great line up and yet have awesome intentions as well. People who come out to the shows will NOT regret it.

You will also be touring your new album of course. What will a typical gig be like. Have you plans to air new non-album material alongside what the fans will expect?

Head always makes a set list, and Head always changes it on stage… your guess is as good as mine. 🙂 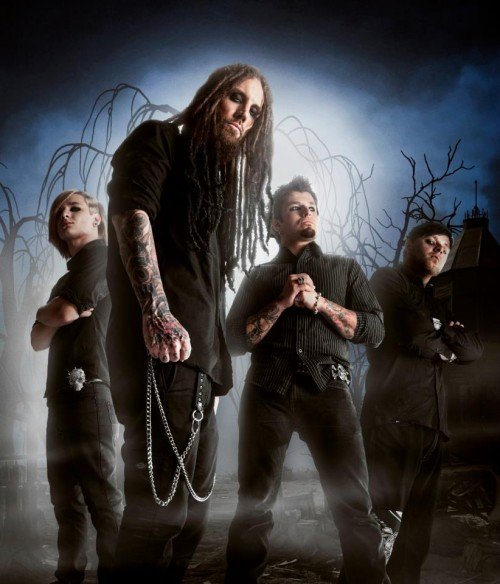 What’s next for Love & Death. Have you hopes to tour further afield in 2013 (the UK perhaps) ?

It is almost time to hit the road hard… and if all goes well we will make it over the pond!!! I would LOVE it!!

There are a lot of Christian rock bands out there at the moment. Do you find being a Christian in the industry is ever an issue with promoters etc?

HAHAHAHAHA!!!! Yes. We have been telling people for years we are NOT a Christian band, we are Christians IN a band.

I never understood why people want to put themselves in a box. When I walk into a grocery store or a bank I have never asked, “Is this a christian establishment?”

It is a business. Matter of fact the only thing different between the secular side and the Christian side is that the Christian side of the business will pray with you before they stab you in the back. HAHA (I am NOT talking about everybody) 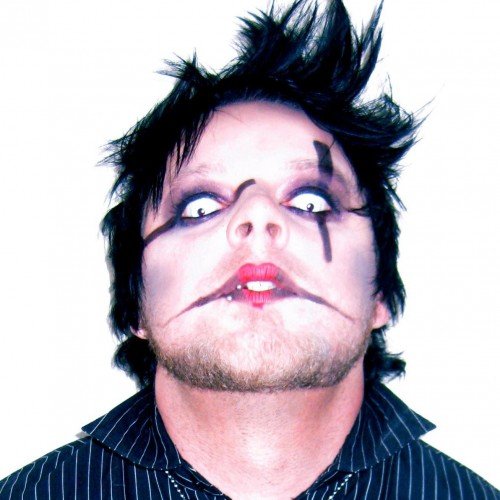 Metal music has gained a lot of momentum in recent years and many bands have seen their albums top the charts. Why do you think metal has remained so popular?

Because Metal is NOT Pop. Popular music is popular because it is fad after fad… Metal bands have to go out and get REAL fans, but once they are fans they usually are for life.

It makes me laugh when someone says, “I LOVE THIS SONG” because it is popular, but they don’t even know the artist who sings it… that is why pop songs get played constantly for like 2 months then disappear never to be heard again, While songs like Crazy Train will be around years after I am dead.

Have you any words for you growing number of fans across the globe?

We love you and we do it for you… Thank You

Finally may we ask how active the band are on social media sites such as twitter and facebook. For example can fans interact with you via them?

I think that we all have Facebooks and some have twiiter and instagram and such… I am ALWAYS trying to answer messages and questions. It is like a second job.

I will get back with someone if they write me, it just might take awhile… My facebook is https://www.facebook.com/valentinesart and of course there is also facebook.com/LoveandDeathMusic … Hit us up and Thank You for the opportunity for this interview.
©FAMEMAGAZINE.co.uk
Love & Death’s debut album ‘Between Here & Lost’ is released on January 22nd via Tooth & Nail Records and is available for pre-order here: merchdirect.com/loveanddeath
loveanddeathmusic.com
facebook.com/LoveandDeathMusic
twitter.com/lovedeathmusic
Live pic by Jeanette Yoder jyophoto.shootproof.com