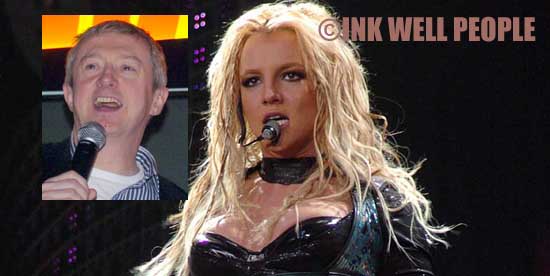 By Ryan Kennedy
Photos by Fabrizio Belluschi
IRISH pop music mogul Louis Walsh has slammed Britney Spears in a recent interview.
Talking to BBC Radio Oneâ€™s Scott Mills he claimed Britney Spears had no hope of returning to her former glory.
He said: â€œI think she, Kerry Katona and Lindsay Lohan should all play some sort of rehab gig. To be honest I think sheâ€™s past it.â€
He then went on to talk about his recent and controversial sacking from ITVâ€™s hit show The X Factor, and his subsequent return claiming he didnâ€™t even attempt to renegotiate his contract.
He said: â€œI didnâ€™t even ask for more money, I just wanted to get my old job back, I was really, really glad. And I was really, really distraught when I lost the job.
â€œI know it sounds silly, itâ€™s just a TV show but itâ€™s not just an ordinary TV show itâ€™s The X Factor. I loved doing it.â€
The long-running reality show returns this Saturday with tensions between the now infamous panel still apparently running high. When asked by a member of the public during a phone in if he had ever been offered any favours for a chance to appear on the show, he said: â€œNo. Definitely not, X factor doesnâ€™t work like that. If anything I offer the ego massages, after all I work with three big egos every day.â€
Â©INK WELL PEOPLE