SUGABABES singer Keisha Buchanan revealed Irish X Factor Judge Louis Walsh “bores” her.
In an interview with Heat magazine Keisha said Louis, who manages Westlife, doesn’t know how to pick talent.
“There have been times in the past where he’s basically spoken about us behind our backs, and then a**e-licks us to our faces”, she said. “He doesn’t really know talent that well. He bores me”. However the sexy singer says she is a big fan of fellow judge Simon Cowell and once gave him a lap dance at a party for The X Factor. 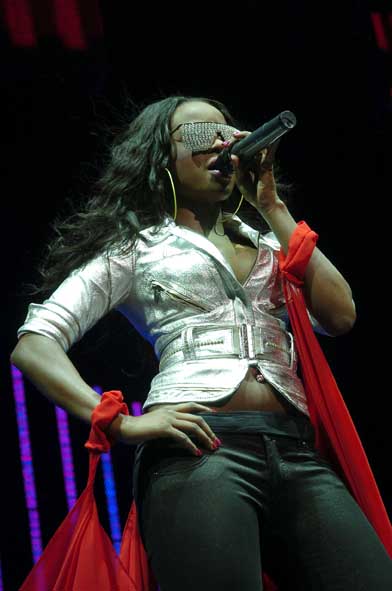 Keisha said: “I respect Simon and I also think he’s really sexy.
“I gave him a lap dance when we performed at a party for The X Factor once, I don’t care.
“I think he’s sexy in an aggressive way, in an angry way. I don’t fancy him, I’m just saying he’s good looking.”
By Cathy Black
Photos by Â©Fabrizio Belluschi
Â©FAME inc