With magnificent views over the Thames, the stunning three bedroom, two bathroom apartment in Imperial Wharf near Chelsea Harbour, has an ‘X Factor’ all of its own.

Louis, who appears on the X Factor alongside Cheryl Cole, Simon Cowell and Dannii Minogue, has got together with Westlife’s Kian to manage the new band who are appearing in a new ITV series, Louis Walsh and Kian Egan’s Next Big Thing Wonderland. 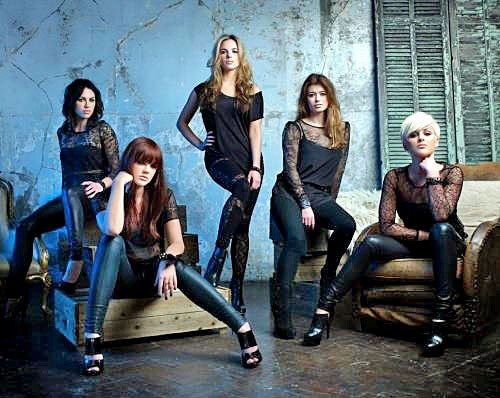 The band’s debut single, Not a Love Song, is due for release February 21st 2011.

When it came to renting a home for the five band members, Kian went to Benham and Reeves Lettings on the recommendation of a colleague.

Elegant and spacious, the 1200 sq ft apartment is giving the girls a real taste of the pop star lifestyle.

With floor to ceiling windows and a balcony boasting panoramic river views, the reception room really has the ‘wow’ factor, with plenty of space to relax and unwind after a busy day at the recording studios.

The has been furnished by Benham and Reeves Lettings’ sister company In:Style Direct in a chic, contemporary style, worthy of the most discerning pop star.

With its stunning riverside location, it’s no surprise that Imperial Wharf is so popular, as Marc von Grundherr, Lettings Director of Benham and Reeves Residential Lettings explains: “Imperial Wharf is a firm favourite with celebrities but it’s also popular with corporate tenants.

Clearly the apartments are incredibly luxurious but the location is perhaps what makes Imperial Wharf so special those riverside views really are hard to beat.”
www.wonderlandofficial.com
www.brlets.co.uk