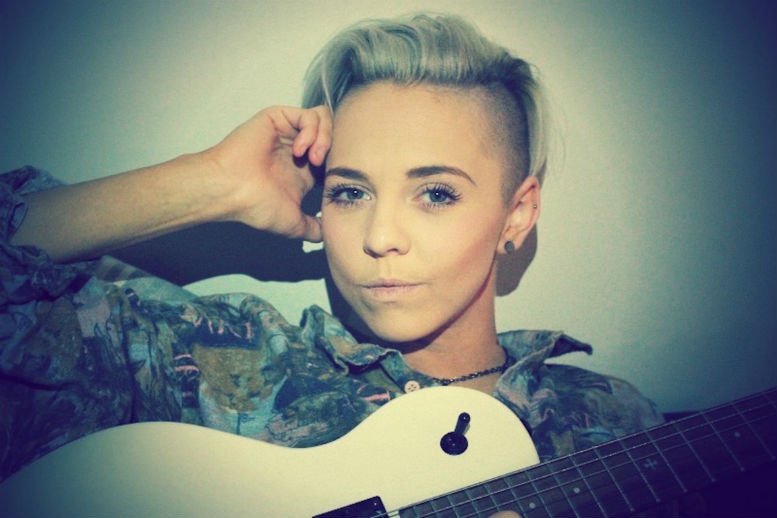 Born in a small town in Cornwall, London based young and smart singer-songwriter and multi-instrumentalist Lots Holloway talks and shares her debut single, ‘World’s On Fire’, available on Why I? Records via Absolute. The meaningful pop tune, explores the issues and pitfalls faced by her generation…“I wrote it back in the summer of 2016 when a lot of strange and sad things were happening – says Holloway – Brexit, the Orlando shooting, the Bastille Day attack, the US presidential battle, the refugee crisis and the on going war in Syria, to name just a few…” The strong video is directed by J.R. Dawson and Kat Kemsley.

Hi Lots, please introduce yourself to our readers:

Hi, I’m Lots Holloway. I’m a musician, I am songwriter and I have an uncontrollable imagination.

Tell us about your new single, World’s On Fire:

I was inspired to write the song last summer (2016). There was a moment last year when it felt like the world we knew was crumbling around us; there were so many things that happened that were difficult to swallow or rationalise. The Orlando shooting, the Brussels bombing, the Bastille Day attack, Brexit, the US presidential battle, and the endless list of tragic events in the Middle East. It’s not really a protest song, nor is it a call to arms, it’s just the way I was perceiving the world at that time. 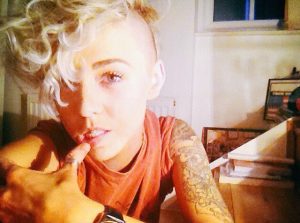 It was written on the guitar, and then I built up a full demo version at home before taking it to my producer to create the final recording.

The video is very topical, are you a very political person?

I have strong views on certain things but I wouldn’t say I’m a very political person, or a political artist. However, I feel it’s difficult not to be involved on some level when the environment around us is the way that it is; fragile and uncertain. As an artist I feel compelled to talk about the world I am experiencing.

There was something I used to find difficult that I have now managed to flip completely; the constant want to be anywhere but where you are. I was always chasing the next step, the next stage, and when you’re in that state of mental hurry those ‘next’s’ never come and you entirely miss out on the ‘now’.
Personally, I was always in such a hurry to be somewhere else that I was easily influenced by everyone around me (managers, agents, press) and that lead me to make a bunch of silly snap decisions not true to who I am.

Now, I find comfort in being completely immersed in the current moment, appreciating every small step and making decisions based on my heart rather than my rushing mind.

Which bands/artist have had the most influence on your sound?

As cliche as it might sound by now, I love Bowie. I really relate to his process of putting songs together. Writing sketch versions on guitar or piano, and then building upon that with anything else in arms reach; musicians, synths, pots, pans.
Anyone who does something really extra, really new, artists who are creative and without fear – Kate Bush, The Beatles, Talking Heads – they have all influenced me.
One of my main things though, is vocal harmony; so for that I would also have to credit bands like ABBA, The Beach Boys and The Zombies.

Favourite album of all time and why?

I think I’d have to say Pink Floyd – The Wall. Not because I listen to it all the time, or because every song on the album is my favourite song, but because it was the first album I listened to as an album – as a complete piece of music. It’s not just an album it’s a story.
I actually had a dream about the album last night; I found a special limited edition copy in a charity shop.

There’s no gigs in the diary as of yet. All the songs are written but we’ve only recorded 2 so far, I’ll be back into the studio in March to finish the rest, then we’ll be good to go.

Lastly, anything else we should know?

Yes – there is so much more to come, this is only the beginning.

‘World’s On Fire’ (available now) is supported by the tender B-side track ‘Is Anything Real Anymore?’