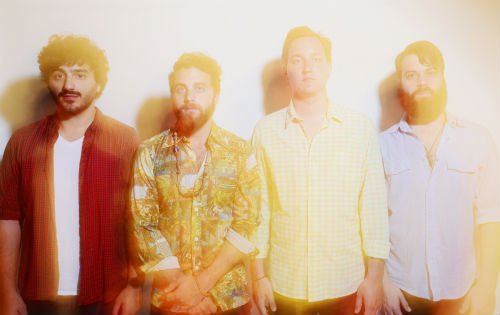 The crowd funded DIY album ‘Old Friends’, was written and recorded by the New Jersey-based band in a garage-turned-studio space and it was mixed by Chris Badami at Portrait Recording Studios in Pompton Plains, NJ. Scott Hull, whose resume includes artists such as Bob Dylan and Miles Davis, mastered the album at Masterdisk in NYC.

Nice to meet you guys 🙂

The pleasure is all ours. Thanks so much for having us. (Matt Condon)

Can you present the band and tell us how did you form and why did you decided to name your band Long Faces?

Matt is the front-man, he sings and plays guitar. Mike is our drummer and he sings as well. My name is Lou, and I’m the band’s bassist and recording engineer. Last but not least, Andy is the lead guitarist and the baby-faced wonder boy. (Lou Panico)

I’ve been touring, recording, and writing music with Mike since 2006. After a great run with our last project, we decided to try something new and different. Mike and Andy went to music school together, and he joined Long Faces while we were recording our first EP. Lou engineered our full-length, and volunteered his services as a session bass player too. We all worked really well together and became such tight friends during the recording process, so we asked Lou to join full time, and he accepted the spot. (Matt Condon)

When we were trying to come up with a band name we knew two things: we didn’t want a name that started with “the”, and we wanted something that provided a mental image. We came up with Elongated Faces and decided to shorten it to Long Faces. (Mike Neglia) 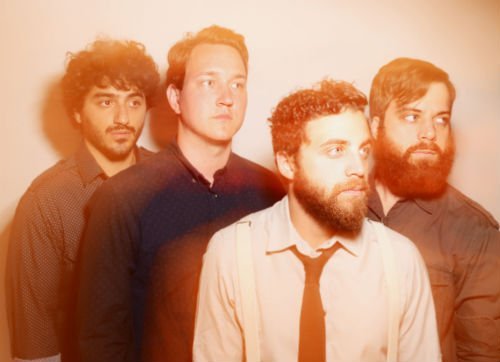 What’s ‘Leave It There”‘ about?

To me “Leave It There” is a metaphor for one of those times in life where a situation is left open ended. Everyone can relate to it because it can apply to so many things. Sometimes friendships or potential relationships are cut off abruptly, or a promising opportunity never comes to fruition for whatever reason. (Matt C.)

What were your influences whilst writing your upcoming debut LP, Old Friends?

We took musical cues from a whole bunch of artists, some old and some new. We all love classic rock bands like the Rolling Stones and the Velvet Underground, but the production style of the album pulled influence from some more modern records like Wilco’s The Whole Love, and Modern Vampires of the City by Vampire Weekend. (Andy Milea)

Lyrically, a bunch of the songs act as a look back on my early twenties from my present day point of view. There are songs on the record that critique choices I’ve made, and others that fondly recall a certain feeling or sensation. Although I’d say, generally speaking, these songs touch on universal topics and don’t always pertain to any specific moment in my personal life. (Matt C.)

The band has 30 years of cumulative national and international tours, and festival appearances…What’s the best and worst thing about touring?

The best part of touring is being able to play the music that you pour your heart and soul into each night for new people. Traveling and seeing the world is also an incredibly validating experience in its own right. I’d have to say the worst part of being on the road is loading and unloading into venues. Nobody likes lifting heavy things on a daily basis, do they? (Lou P.) 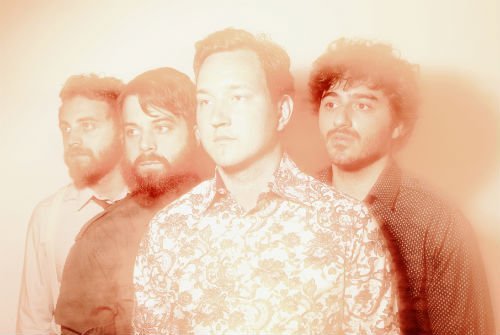 We just had a string of several shows across the NY/NJ area to wrap up our August, but we’ll be playing again next on September 26 at Arlene’s Grocery on The Lower East Side of Manhattan.

Why should you be there? Well, because it’s going to be a great time. Our friends and fans always make the vibe electric, and the atmosphere in the venue will be positive and fun. We are very passionate about the music we make, and we treat every gig as an opportunity to engage new listeners and share that passion. As an added bonus our good friends in Wyland will be playing a set before we go on, and they kill it every time. (Mike N.)

We have a close knit group of very talented friends who have shown us love and support from day one. We have always been a DIY type of band, and our work ethic has served as well too. We recorded our first EP entirely on our own, and our debut full-length was crowd funded through Indiegogo. We have had graphic designers, recording engineers, and studio musicians volunteer their time and talent toward the band’s cause because they believe in us. Without them and without our fans, we would be nowhere. (Andy M.)

Even though it seems like a cop out I’d say the Beatles would be a fair answer for the whole band. Except for Matt, he couldn’t live without Bob Dylan. (Lou P.)

Ideally I would be a janitor of the cosmos. Take that as you will. (Matt C.)

Hopefully long and healthy lives…but on a more immediate level we’ll be looking forward to playing CMJ, as well as the release of our first full-length record. We’re so proud of the final product, and anxious to get it out there for everyone to hear. When September hits, the presale for Old Friends LP will be available on iTunes. The album drops Tuesday October 28, and in the meantime, if you’re in the area come check out our gig at Arlene’s Grocery in NYC (9/26). (Mike N.)