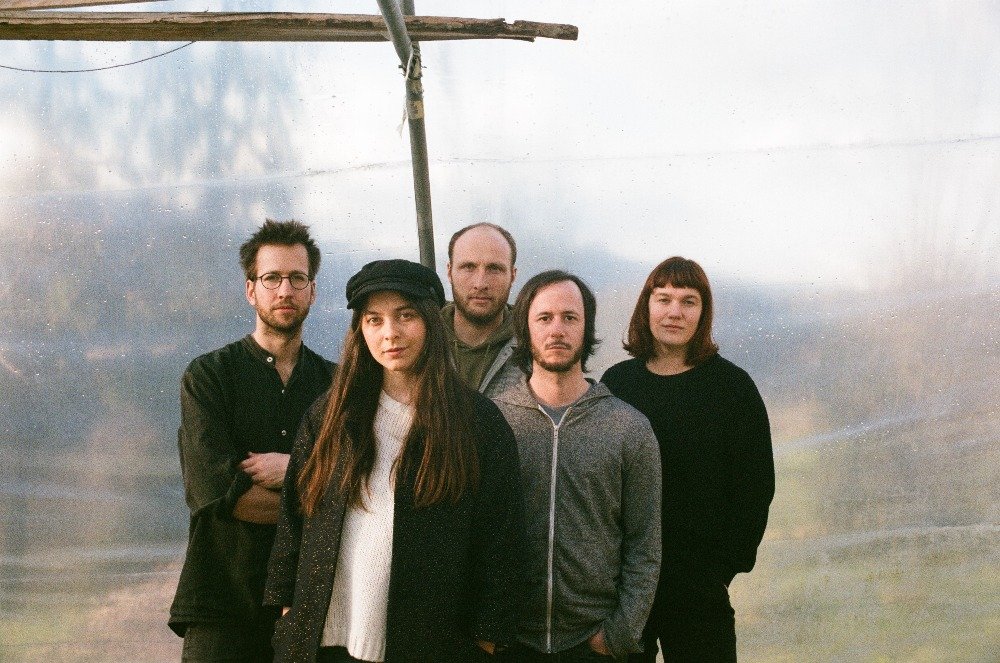 When I first discovered David Foster Wallace, I spent weeks obsessively chewing through everything of his that I could put my hands on. After finishing the last one of his collections of essays (A Supposedly Fun Thing I’ll Never Do Again), I remember having this sensatio of my braincellsbeing massaged by light – a tingling, electric pulse, static, synapses dilating – rebirth. So, naturally, when I opened my mailbox last week, and found a new release, one that bore the title of David’s grand opus i.e Infinite Jest, I was intrigued. I was just hoping that when I hit play that what comes out of my stereo speakers can really carry the weight.

‘Infinite Jest’ is the first single from a Swiss quintet called Lolasister. It’s the type of Indie / Singer Songwriter Pop that requires the listener to do some work. It’s melodic and has a fairly radio-friendly arrangement, but it isn’t the type of songwriting that sticks to your rib immediately – it’s not obvious like that. Which is a good thing! Because most of the songs that are too straightforward and seem to bare no secrets, end up in the trash bin right after the first hook. This one, on the other hand, makes you want to put your headphones on and close your eyes and relish it. Which is exactly what I did. I’m going to end it here, because I don’t want to taint your experience, but I’ll just say this: if you love Coco Rosie or Daniel Johnston, and if David Foster Wallace ever zapped your brain, you will feel at home here. And now I would love to introduce you to the charming Leoni Altherr (band leader, songwriter and vocalist). You will find a transcript of our conversation below.

Lolasister are: Leoni Altherr and Sibyl Hofstetter on vocals, Luzi Schuler on keys and electronics, Jeremias Keller on Bass and Benedikt Utzinger on drums. ‘Infinite Jest’ (the single), will be out this Friday on Irascible Records, the full EP of the same name will drop on June 15th. 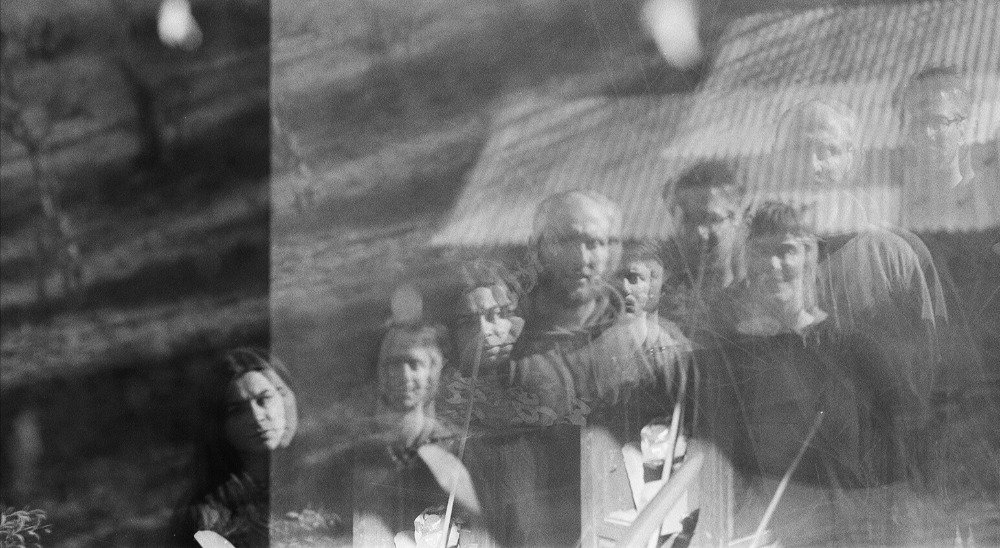 Your new EP, as well as the first single which we are featuring here, is dedicated to David Foster Wallace and, specifically, to his most ambitious novel i.e. Infinite Jest – what prompted you to make this dedication or homage?

In 2017, the novel was my faithful companion for about a half year. I read it slowly because I didn’t want to overlook any detail – and man, the book was tattered when I finished it! After I dove into the world of ‘Infinite Jest’ I realized that basically all of the characters have major mental problem – are addicted to whatever substance and have almost no moral feelings. Strangely, the only normal, empathic character in this book is Mario, who is both physically and mentally handicapped.

On the one hand, our song Infinite Jest is about a certain numbness that many people feel in an asocial and self-centered society, one that puts itself above the weak and over other animals. On the other hand, it’s about our torn relations to our bodies; we’re free to do whatever we want with them – we’re sexually liberated, we transplant organs and stem cells, we get inked and dress up to make them look unique. But still we doggedly try to shape them and make them look, smell, feel the way everybody else does. And there’s really only one way a body is supposed to look..

Mario is a guy who doesn’t give a fuck about not being able to stand straight, having a huge head. He does what he likes most – which is making movies – being a naturally curious, friendly and unbiased person.

It’s a terrible question to ask, but did you actually finish reading this novel? I’m only asking because I know so many people that have attempted to read it and have failed, me included. I have to say that I’m personally more drawn to his essays, which aren’t as dense as his fiction.

Of course I finished it. I remember reading it very slowly towards the end so that it would last longer. Luzi, the key player of the band, actually read it twice. Reading Infinite Jest felt like reading a collection of great short stories that all connect in a direct or more distant way. Like, there is this off-the-wall guy called Randy Lenz who neurotically kills cats on the street at night. Or crack-addict Joelle Van Dyne, the “Prettiest Girl of All Time“ who has to wear a curtain around her face because if she wouldn’t, men would go crazy because of her beauty. And so on. The book is really entertaining and there’s always something to read between the lines, if you care to. I think it’s endlessly inspiring for whatever one does.

From this new spin you put on Infinite Jest, it’s safe to say that the issues that David wrote about are just as relevant today as they were when he wrote his novel, would you agree?

I absolutely agree. At the age of 22 Wallace wrote the essay ‘Planet Trillaphon As It Stands In Relation To The Bad Thing’. It’s about his depression and the way he feels on medication. I would say that this issue has never been as widely discussed as it has been in the last one or two years. His essay was published 1984.

The issue of numbing the spirit to make life on earth bearable is another thing that I observe a lot today. I see so many young people who just don’t know what to do with their life. They sit in a golden cage, studying something they’re not really interested in or have a boring, but safe job. Most of the people here are just way too wealthy and too focused on a safe life. To break with this boring state they need something extra-stimulating like drugs, alcohol, medication.

Of course, that’s what Aldous Huxeley wrote about in ‘Brave New World’, which was published in 1932. But I think in Infinite Jest this topic is put in a more modern setting where everyone thinks he or she is free. Just like it is today.

In Switzerland the Appalachian singer-songwriter has a bit of a negative connotation because there were too many girls and boys with hats on, sitting under a tree and singing boring songs about love and rainbows, with their acoustic guitars. But there are many great Swiss bands with front-women or men who know how to both write wonderful songs and artful lyrics. Like the album ‘Soul Farewell’ by Jibcae, ‘Hydragea’ by Kyani, ‘Arrowhead’ by Evelynn Trouble or ‘Partir’ by Elina Duni. I could name a thousand more. What interests me most are bands like this, where the essence of the music is coming from the singer-songwriter tradition, but then the songs are brought to a whole new level when they’re played by a bunch of great musicians.

This song, and most of the material on your EP was written by you and then developed with your band, do you think that you will stick to this modus or could you imagine writing songs together, with the rest of the group?

I find that it’s hard for me to write lyrics to a song I didn’t write myself. When I write a song I’m in a certain mood which I want to translate into music and without that mood it’s hard for me to create something that feels real to me. I hope one day we can do this ’emotional songwriting’ with the whole band, but I guess this needs time and the decision from each member to completely open themselves up.

In closing, maybe tell us what we could expect from your upcoming EP.

Infinite Jest is a collection of our five “happy” songs. Of course, all of them are about the dark side of life, like depression, angst, unfulfilled love. But you can sense that there’s something bright about it. Yesterday, a friend of mine said that her songs were happy songs because they’re about “the push“ the bad things give her. I think this applies to our songs, as well. And then, the stories are told in a matter-of-fact way. The sound is indeed pretty warm and bright. You’ll hear Sibyl’s and my voice from a very intimate, close perspective, Luzi’s warm organs and Wurlitzer and the mighty foundation; the earthy groove of Jerry on bass and Benu on drums. All songs were completely played live in the studio, later we recorded a bunch of friends overdubbing instruments such as the trumpet and violin, in Luzi’s bedroom.