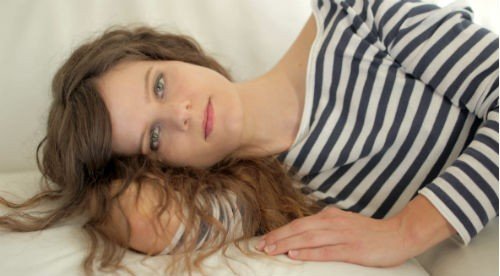 Check out our chat with Vintage Pop/Electronica duo Lola Dutronic, the brainchild of producer/multi-instrumentalist Richard Citroen and new singer Stephanie B.

Toronto Canada & Dusseldorf Germany based, Lola Dutronic’s new album ‘Everyone’s A Star, featuring the single ‘Everybody Loves You When You’re Dead’, is out now as a digital download, with the CD scheduled for release on October 11.

Introduce Lola Dutronic to us in 5 words…

When was the first time you decided you wanted to make music?

Stef:
I have not actually decided that myself. Music found me somehow when I still was a teenage girl and had just received my very first kiss.

Richard:
My parents were musicians and their band used to rehearse in our living room.

I thought, this looks like fun! I can still picture their guitar player’s gleaming brand new Gibson SG sitting in its case. It was lovely.

What are your musical and non musical inspirations?

Stef:
Inspiration is everywhere, you only have to be open enough to see it. Life, in general. Love, in particular.

My non-musical heroes are Orson Welles, Paul Newman, and lately, Alessandro Zanardi the race car driver. He’s literally the embodiment of the phrase “you can’t keep a good man down”.

Your next single “Everybody Loves You When You’re Dead” features an array of backing singers from Hugo Burnham of Gang of Four to Christ Frantz & Tina Weymouth of Tom Tom Club – how did you get involved with all these guys?

Stef:
Actually, I was planning my birthday party when we were just about finishing the song, and the original idea was to set up a microphone in the middle of my living room and have my friends sing on the track.

But in the end I had a little too many friends over and greeting new arriving guests and mixing drinks for everyone turned out to be a little time too consuming to start setting up recording equipment later in the evening. You know how parties develop their own life at some point…

Richard:
….It was at that point, I realized that I knew quite a few people that would be happy to help out, so I sent out an S.O.S.

We met Chris & Tina through our label boss Marty Thau, and I knew Hugo Burnham from when he was working at Island records. I was looking for a deal at the time, and Hugo actually called me at home!

No deal was forthcoming, but we kept in touch, so he was pretty much the first person I asked to sing on it. People forget that he used to be the main backing vocalist in GO4 before Sarah Lee joined. Everyone else were friends I’ve picked up along the way.

Will you be playing live anytime soon?

You’ve got a vintage pop sound and feel to your videos. Who are your vintage icons?

Being from Canada, can you recommend any good Canadian bands we should check out?

Stef:
I am from Germany, actually, I just listened again to one of my favourite albums, “Finery” by Cologne duo COLOMA, then there is a wonderful artist named “Das gezeichnete Ich”, the cool Berlin band Mia…. just to name a few!

Robots in Disguise and IAMX are not actually German, but after all they live in Berlin, so I’ll mention them as well.

Richard:
Come to think of it, I think one of the guys from Junior Boys lives in Berlin these days and he’s Canadian too.

Grimes are fabulous, and so are Lights. We’d love to do some shows with them.

Adaline is quite interesting, as is EMORIE, who we’re sharing the bill with in Hamilton.

Richard:
We’re talking to promoters about doing some live shows in Europe. We hope to get things firmed up by November. The gigs will probably spill over into early 2013.

If you could collaborate with anyone in music, who would it be?

Stef:
Hmmm, that is a hard one. I’d go for someone like Horst Jankowski or John Barry, but they are obviously both dead. Sergio Mendes maybe or Lalo Schifrin? All great arrangers that I’d like to hear on a track.

Richard:
I would have liked to have worked with Wally Stott, who did all the Scott Walker string arrangements, but among the living, Tom Tom Club would be cool, since they are friends, and also because i feel we could both add something to the mix. Of course I guess we already have, since Tina features pretty prominently on the new single.

Finally, what’s on your wish list for the rest of the year? Anything yet to tick off?

Stef:
Another Grammy nomination (a real one this time). And…. World Peace.