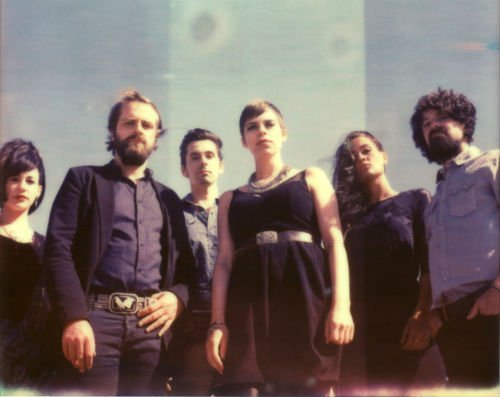 Lola Colt share another gem: ’Jackson’. The track follows their ‘Too Pure debut I Get high If You Get High’, is produced by Nick Cave & The Bad Seeds’ Jim Sclavunos and released via Black Tigress Records on 2nd December.


This powerful and exciting band (3 girls and 3 guys), fronted by captivating Danish vocalist Gun, took their name from a 60s spaghetti western and originated as the song writing partnership of Gun and lead guitarist Matt, who came together through a long-standing love of vintage films and cinematic sound, as well as having freakishly similar record collections…

They explain: “We’re fellow travellers on the journey, helping to guide the way, but not dictating the path”. On the use of unusual Asian instruments and vintage equipment picked up on their travels…”we twist and torture them with modern day effects and techniques to give them a unique sound”.

The band return to the studio with Jim Sclavunos in early 2014 to record their debut album.

Catch them live at their single launch at The Lexington in London on 3rd Dec.