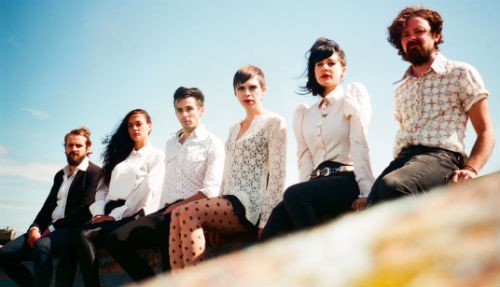 The powerful six-piece with 3 girls and 3 guys, fronted by captivating Danish vocalist Gun, say…”We’re fellow travellers on the journey, helping to guide the way, but not dictating the path”. Lola Colt originated as the song writing partnership of Gun and lead guitarist Matt, who came together through a long-standing love of vintage films and cinematic sound, as well as having freakishly similar record collections… Lola Colt launch their single at a special live show at OSLO in London on 4 June 2014.