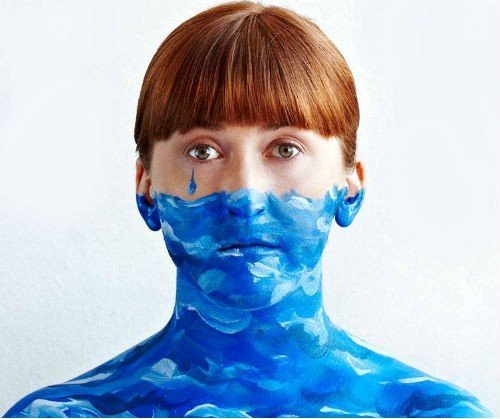 The incomparable Liz Green shares “Where The River Don’t Flow”, a bizarre and beautiful song taken off her new album “Haul Away” (released 14 April via Play It Again Sam).

Liz explains: “Haul Away is about Communication. Language. The Insufficiency of Words. Home. How to Fit in. Escape. Sea. Elemental Forces. The Edge of Something. Travel. The End of Something. Mythology. Love Lost. And Death.” And “Obviously, I like to throw some death in there. I don’t want anyone to think I’ve changed too much. Actually, I think only one person dies on the album. The rest is open for debate. I’ve certainly shown them the way out. If they can’t find it, it’s their own fault!”

Speaking about her return to the legendary Toe Rag studios to work with her first album’s producer Liam Watson she reveals: “I learnt from the last time round that it’s hard to find somewhere to record that I feel at home in”. Everything was done live..“that’s how Toe Rag should be used.

I like working with the recording devices that are in there. They are tangible and have presence, everything has a history. It makes the whole thing seem more alive. Tape machines will always be slightly different. Over time they develop their own idiosyncrasies. Like humans. Even the mixing is done live to tape. No two mixes will ever be the same. You can’t save and carry on a bit later. Everything has life.”


“Like O, Devotion!” she notes “some of the songs on it have had a pretty long gestation period. Things creep around my brain for a long time before I can catch them. I don’t write quickly. I am not, and will never be, a prolific artist. I am a very slow artist.” A quality that can be forgiven when the results are so special.

Recording wise this results in a less claustrophobic affair “ I feel O, Devotion! was a dry bitter earth of an album” says Green. “And Haul Away! is a breath of the edge of the world. The Ground vs The Sea I suppose. There’s more life and more going on. Not so much a homage to what I like. Hopefully it sounds a little more like me.”