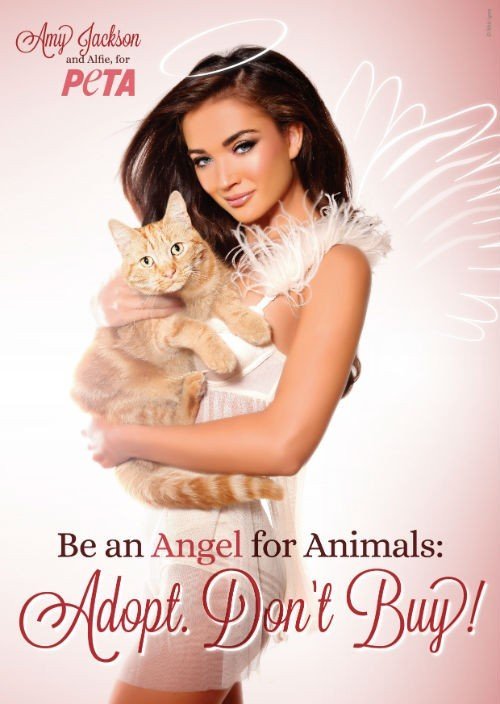 The Liverpool’s beauty appears as an angel holding her rescued cat Alfie next to the words “Be an Angel for Animals: Adopt. Don’t Buy!” The ad was shot by ace photographer Nikki Lyons.

Amy says: “Every time someone buys a cat or a dog from a breeder or a pet shop, a cat on the streets or in an animal shelter loses his or her chance at finding a good home. We can stop the cycle of animal homelessness and save lives by opening our hearts and homes to a loving cat or dog from an animal shelter instead of buying animals from breeders or pet shops.”

She found Alfie when he was just 6 weeks old, abandoned on the side of a busy road in a box with four other kittens. Three of them didn’t survive, and Jackson and her sister adopted the other two, Alfie and Frankie.

Amy was crowned Miss Teen World in 2009 and Miss Liverpool in 2010 and made her Bollywood debut in Ekk Deewana Tha. 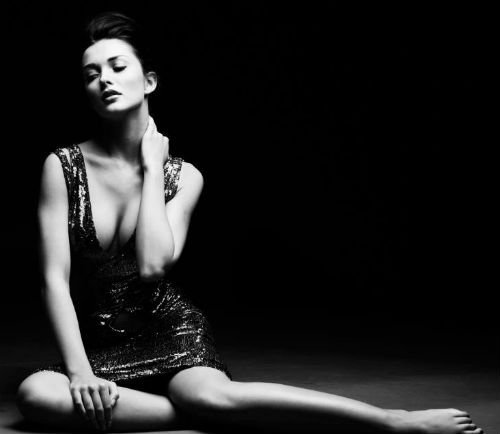 She just made her debut in Telugu cinema with Yevadu and will soon be seen in the Tamil film I opposite Chiyaan Vikram.

For more information about the homeless-animal crisis, visit PETA.org.uk.