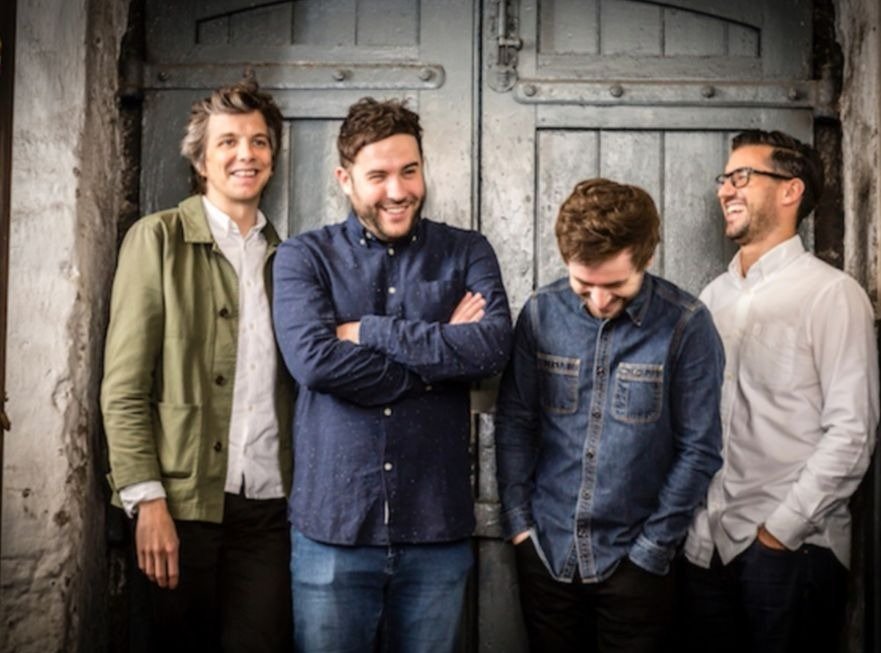 Aberdeen’s The Little Kicks present their rather brilliant Indie Disco Pop tune, ‘Bang The Drum Slowly’, out now via Loosen Up Records.

Hey The Little Kicks! Please introduce yourselves to our readers:

We met through being in different bands all in the same city and hanging out together over the last few years. Somehow we have gradually all ended up playing together in The Little Kicks which despite not being planned in hindsight works perfectly.

What’s your new single ‘Bang the Drum Slowly’ all about?

I always used to worry about saying or doing something offensive inadvertently and also worried about what people thought of me and my music way too much. I guess this song is about becoming more confident about yourself and learning to let go and have fun without regret.

You’ve been compared to the likes of Franz Ferdinand and OK Go, would you say they were fair comparisons?

I’ve never listened to Ok Go so I cant really say for sure but I’ve always quite liked Franz Ferdinand so I’ll take any comparison to them as a compliment. We get compared to everything from Fleet Foxes to Hot Chip to Coldplay to LCD Soundsystem. I think it’s a positive thing that we get compared to several bands as opposed to just one as it means we don’t have a fixed sound and aren’t easy to pigeon hole.

What’s been your favourite live show to date?

Arguably the Edinburgh album launch this year at Voodoo Rooms was the best gig we’ve ever played. Night 3 of the same set meant we were feeling really comfortable with the new songs and we got to play to a packed room all on our side on a payday weekend. The best atmosphere certainly we played to this year.

What’s the music scene like in Aberdeen at the moment?

It’s okay but I guess we feel quite removed from the scene in a way as we have been around a fair bit and only really play Aberdeen a couple of times a year and kind of know a lot of people in the scene pretty well. I think I would be able to answer more accurately if I was a band of young guys breaking through/ coming up to play our fourth or fifth show in the city.

Yeah for sure – I would say Stanley, The Deportees, Miss Lucid, Best Girl Athlete, Shem Mason, The 101, Alex Thom, Katie Mackie and there’s probably many more I haven’t remembered to mention..

In the early part of the year we play King Tuts in Glasgow which will be a great night and we already have several bookings coming in for the Spring so we will be around travelling in our van gigging – do be sure to come to a show and say hello! We will also be starting to write the next album and working on new music in our Batcave of a practice room which is an exciting thought!