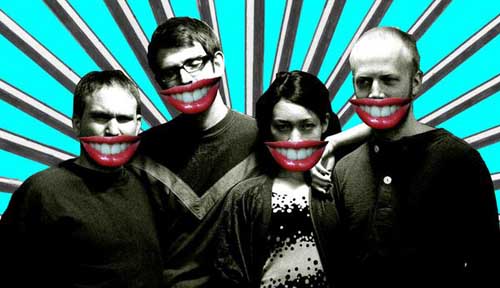 Little Dragon’s unique sound comes from each of its members wide range of musical influences. Singer Yukimi was born and raised in Gothenburg to a Japanese father and American mother, listening to a lot of American folk music. Keyboardist HÃ¥kan spent his childhood in the deepest, darkest woods of Smaland before moving to Gothenburg, hearing a lot of Swedish folk music, later getting into electronic and synth music. Erik grew up hearing early hip-hop and jazz.

Yukimi’s emergence as a significant voice is confirmed by ‘Twice’ – the opening gambit for the debut and breathtaking in its simplicity, a minor-key piano ballad with understated yet richly effective strings blooming amid deft cosmic swirls. Yukimi delivers a poised but dramatically beautiful tale of regret.

Little Dragon’s self entitled debut album is due for its Irish release on September 7th.
myspace.com/yourlittledragon
little-dragon.se/