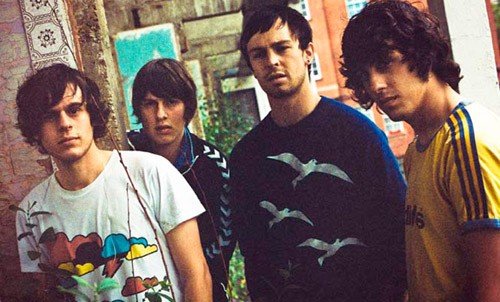 With rave album reviews across the board and their recent single ‘Joanna’ getting masses of air time on National Radio and across Cool FM & Citybeat in Northern Ireland this is a band on the cusp of greatness!

Influenced by books as much as music as much as their natural surroundings, Little Comets try to capture bits and pieces from places like Jonathan Safran Foer, Kate Rusby, Joan MirÃ³ and attach them to songs.

Using bright rhythmic melodies to assuage often dark didactic lyrics, the result is something hopefully as authentic as the intention was originally meant to be.

Little Comets are a band keen to consistently challenge both themselves and their listeners. Self produced and mixed by Rich Costey (MGMT / Glasvegas et al) â€˜in Search of elusive Little Cometsâ€™ is witness to a band who have grown with the songs, played them live and now made that hitherto elusive debut album.