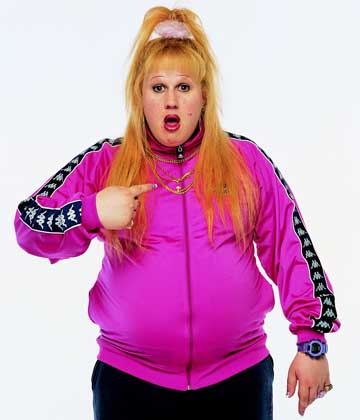 Glu Mobile Inc. (Nasdaq: GLUU), a leading global publisher of mobile games,has announced a partnership with Granada Ventures to develop and publish a mobile game based on the award-winning Little Britain TV series.

Following on from the highly successful Little Britain the Video Game on PS2, PSP and PC published on the Blast label by Mastertronic  the mobile game will include four mini-games exclusively for mobile featuring a number of action-packed challenges and adventures themed around the most popular characters including roller-skating Vicky Pollard and fat-fighter Marjorie Dawes.

The game will also feature the voices of Little Britain creators Matt Lucas and David Walliams with narration from Tom Baker.

In addition, Glu will publish additional mobile entertainment content. The Little Britain game will be distributed primarily across the UK, Australia and New Zealand via Glu’s extensive network of operator partners.
glu.com