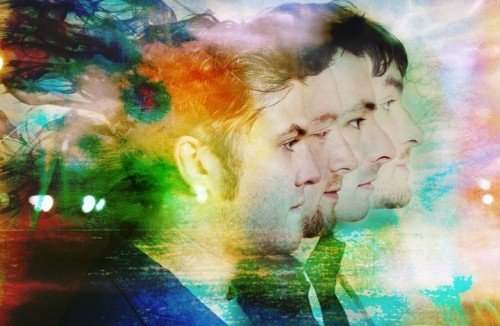 
Ahead of their intimate gig/preview, to BUSHMILLS LIVE (June 19th-20th), at Belfast’s Whites Tavern, with David C. Clements and Farriers, we had a chat with Little Bear’s lead singer Steven McCool.

So Steven…You are releasing your first AA Single through local label ‘Small Town America’. Why did you decide to keep it local?

We decided to keep it local as we have gotten so far using local facilities and people, there is a great energy and positivity in the city and we feel that releasing our singles through a local hard working independent label represents wholly what we are about and we will continue as much as possible to involve our city in our progress.

How did you come up with the name Little Bear for the band?

Little Bear is Latin for the constellation ‘Ursa Minor’ which is a constellation in the northern sky. It’s also colloquially known as the Little Dipper because its seven brightest stars seem to form the shape of a dipper.

In truth though, we had just formed as a band and a close friend of mine wanted us to play our first show at his festival ‘MacFest’. At that very early stage we didn’t have a name set up and he was calling me to say that the posters were being put together for print and he really needed a name for us.

He said that if we didn’t give him a name he would just make one up (knowing Michael it would have been something very 80’s rock). Just as he said that my 4 year old son walked into the room wearing a jumper saying ‘Little Bear’ and I found it very fitting (no pun intended) and we used that.

What’s the inspiration and motivation behind “I’d Let You Win”?

‘I’d let you win’ is the name of our E.P as well as the lead track to the E.P. The inspiration behind the E.P was for us to be true to our sound, we had played in a few bands throughout the years, trying to be something we were not and when those bands disbanded we decided to be as truthful as possible with our song writing.

We had been writing individually in our homes and decided to play our tracks to each other and they were very much the same. The whole E.P came together quite quickly; we recorded it live in the studio so it came out to the public warts and all.

How was your experience at Radio 1 ‘One Big Weekend’ in Derry/Londonderry?

The experience was fantastic. It was great to be part of it and to watch our lovely city be enlightened. Music can be a very positive and healing instrument. It was great to see so many smiles in the people of the city; it really felt like we had been let into some big secret. There is still a great energy floating around from it. It’s great! 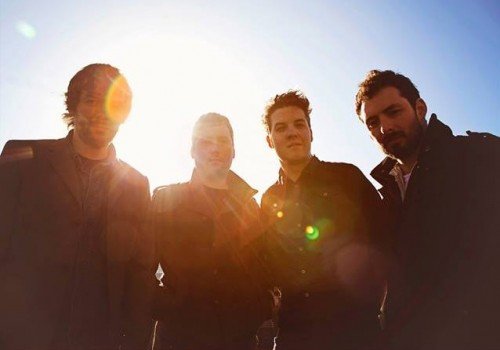 Are you looking forward to play at Bushmills Live In The City and BUSHMILLS LIVE?

Yes, we played the Dublin show last week to a wonderful reception and are very excited to play an intimate show in White’s Tavern Belfast. Bushmills Live is shaping up to be a fantastic new festival.

What can fans expect at the show?

We are planning make this show a bit more intimate. It’s been a while since we’ve played Belfast.

What’s next for Little Bear?

We have a lot coming up this summer with plans of recording and lots of festival shows. We will be broadcast on BBC at the end of summer for Other Voices. We’re also playing Open House Festival on 22nd June, we will have the wonderful Prima Quartet join us with string arrangements sent from London specifically for the show, it sounds stunning.

Are you going to release an album soon?

Yes, very soon. Work on the album starts mid-July and we’re very excited to get stuck in.

Any Books and/or Movies you would like to recommend to our readers?

Recently I’ve read Martin Amis ‘Lionel Asbo’ it’s a very funny view into the state of today’s society. I really enjoyed ‘Money’ by Amis also, that was the first book I read by Amis.

Another book I enjoyed recently was D.B.C Pierre’s ‘Lights out in Wonderland’ another satirical look at contemporary society. I also love ‘The Third Policeman’ by Flann O’Brien, it’s like a long Monty Python sketch… Weird and wonderful.