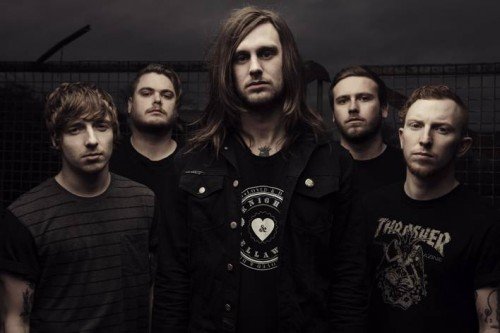 Check out While She Sleeps monstrous new single, “This Is The Six”, the track is taken from their highly anticipated new album of the same name, ‘This Is The Six’ is out on Search and Destroy Records on August 6th.

While She Sleeps have been on a trailblazing path that has seen them become one of the fastest rising bands on the UK hard rock and metal circuits for some years.

“It feels like we’re building an army and that the people that have started following us are as much a part of this as we are,” says Mat.

“We’ve felt like respect’s been building and the crowds are getting bigger and people telling us songs have helped them get through tough times reassures you why you do this and we want to take it to as many people as we can.”
wssofficial.com
facebook.com/wssofficial