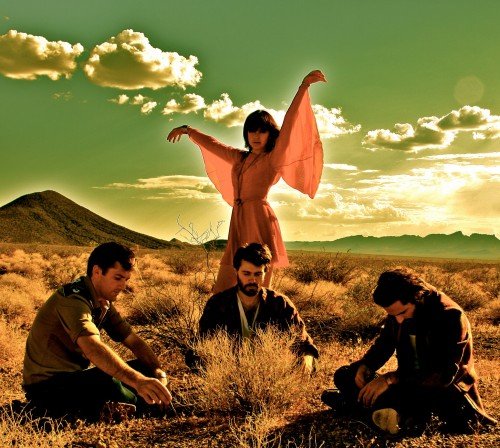 Howling Bells will release their new album on September 12th on Cooking Vinyl. Recorded in Las Vegas with The Killers’ Mark Stoermer producing, The Loudest Engine will be preceded by a clutch of live shows, including a London date at the Electric Ballroom on September 15th.

LISTEN TO THE ALBUM EXCLUSIVELY HERE:

Says Stein of the album, “There’s a singular sound which is more folk and rock than our last two albums, but it’s interpreted in a modern sense. It wasn’t a conscious effort to make a ’70s tinged record. It was a very natural progression.

“The album shows that we’re 21st century kids making a modern psychedelic record. [It] is our grown up record. The first was about that great initial leap, the second was us exploring different waters. This one is us, all having met at one place, at one time. I think this record will change people’s perspectives of the band.”
HOWLING BELLS LIVE – UK TOUR
Weds 14th SEPTEMBER PORTSMOUTH, WEDGEWOOD ROOMS
Thurs 15th LONDON, ELECTRIC BALLROOM
Fri 16th SHEFFIELD,PLUG
Sun 18th LEEDS, COCKPIT
Mon 19th GLASGOW, ORAN MOR
Tues 20th MANCHESTER, ACADEMY 3
howlingbellsmusic.com