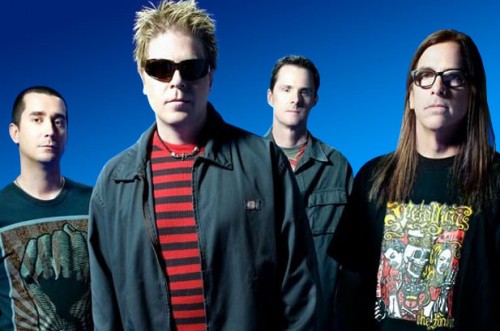 Punk/Rock/Pop band The Offspring are back with the brand new track ‘Days Go By’, which is also the name of their new album, produced by Bob Rock and available 25th June (Columbia Records).

Singer and guitarist Dexter Holland talks about the album ‘Days Go By’: “I don’t know why but I felt sort of serious writing this record and when I finished I felt I needed to have a few playful songs too. Kind of both sides of the Offspring. Either way I think these songs are all going to be a lot of fun to play live.”

The first single to be released from the album will be ‘Cruising California (Bumpin’ In My Trunk)’ on 24th June.

The band are also due to play two UK shows at the Shepherd’s Bush Empire on Tuesday 5th and Wednesday 6th June.
offspring.com