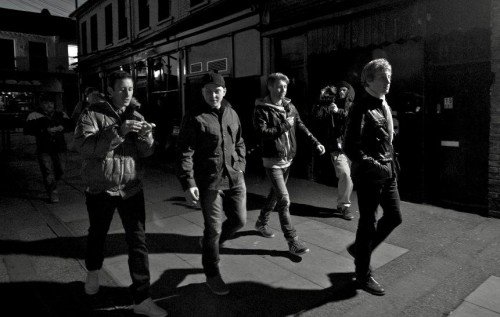 A mix of classic, contemporary soul, taut guitar-rock and an effortless ear for pop melodies, the single is also a darker, more personal turn for the band, written in response to broken homes.

It was also produced by the boys’ long-term collaborator, celebrated DJ and remixer Brad Baloo (The Nextmen). The Milk recently completed recording their debut album with Brad, of which ‘Broke Up The Family’ is just the tip of the iceberg.

The Milk are now set to embark on a massive twenty-seven date UK tour, beginning in Canterbury on March 1, and featuring a show at London’s Scala (April 4) on the week of the single’s release.
New Single – ‘Broke Up The Family’ – out April 2
thisisthemilk.com