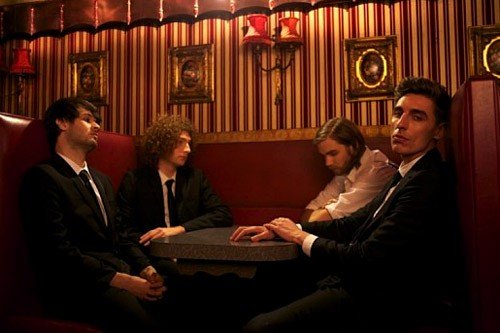 Listen to the amazing Manchester’s The Kill Van Kulls ‘Songs for Sinners EP’.
The band are very hands in the recording process of their synth-enhanced indie-pop sound and recently crafted a DIY recording space at their studio in Stockport.