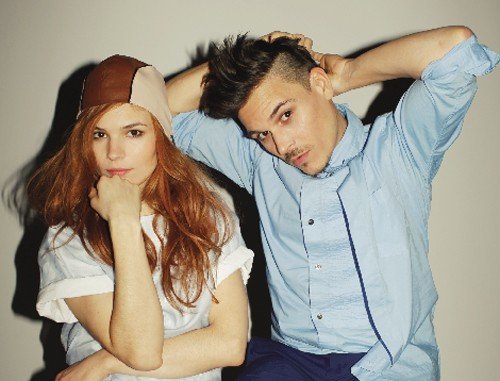 Written and produced by Olivia Merilahti and Dan Levy, The Dø’s ‘Gonna Be Sick!’ is driven by an intoxicating marimba-led beat.Moving from the chimeric to the down-to-earth, it invokes the spirit of The Fiery Furnaces’ Eleanor Friedberger and as Olivia’s shape-shifting cry rises and falls with every sonic twist and turn, a world of contrast emerges.
The Dø’s new album ‘Both Ways Open Jaws’ is out now; a spellbinding mixture of primal rhythms and shimmering pop appeal, all punctuated by Olivia’s unforgettable voice, and will surely catapult the band into near-cosmic stardom.

“The faithful audience, the one that knows us, also doesn’t know what to expect,” says Olivia, on the band’s creative vision.

The Dø have been lighting up the airwaves of late with their unique blend of enchanting, multi-faceted indie pop – expect to hear a lot more from them as 2012 progresses.
thedomusic.com
facebook.com/thedoband