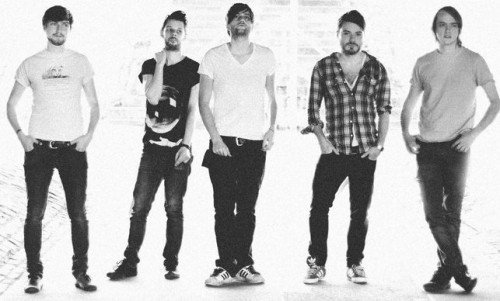 Taken from their album ‘Limits’, ‘Trajectory’ is the lead track from Glasgow Post-Rock outfit, Song Of Return’s new ‘Trajectory’ EP due for release on 12th December through Kittiwake Records. Trajectory (Single Mix) by songofreturn
Song of Return bring a collection of unsettling dark, euphoric sounds matched against light to dark vocals, sweeping harmonies & carved melodies within an industrial post-rock frame, which is no more present than in their new EP, ‘Trajectory’.

‘Trajectory’ released on Kittiwake Records, will be available from 12th December 2011. The band is also gearing up to head out and play a series of shows in New York in 2012.
songofreturn.com