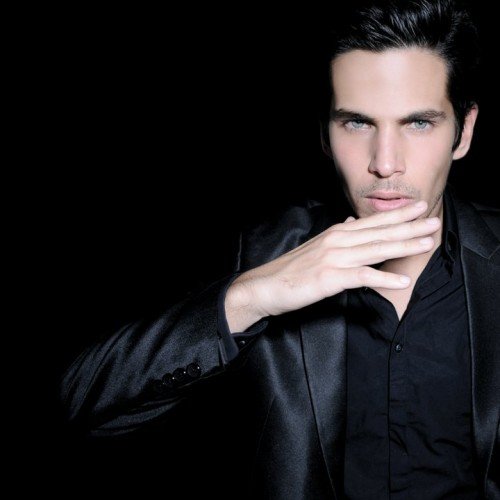 Canitrot has, over the last decade or so, become one of the most in-demand house DJs on the circuit, especially when it comes to high-profile events. He has been the resident DJ of the Cannes Film Festival for the last decade.

“The world of film greatly influences my mixes and I love setting the musical tone there. Watching Quentin Tarantino dancing away while I played is something I’ll never forget!”

“My connection as a musical designer for the Cannes Film Festival also helped me to enter the fashion world,” he continues.

“It is always interesting to work with brands and designers for events or fashion shows. Each designer’s needs are different and the musical research I have to do is always very enriching. I remember a musical theme we developed for a soundtrack on Christian Dior’s life, his tastes and his influences. It was an amazing project to work on.”

Now, Canitrot has drawn on all his experience to compile and mix Playboy Sessions Paris, a sophisticated, forward-thinking party soundtrack befitting of the Playboy lifestyle.

“I was a big fan of all the earlier compilations mixed by Dimitri From Paris and Bob Sinclar so I decided to keep the original vibe of the project but also bring my own touch which is more clubby and electronic,” says Canitrot.

“The first CD is more of an eclectic and alternative mix, creating a really cool vibe to listen to during the day. The second CD is a pure DJ mix driving you from Paris to the Playboy Mansion party!”

The mix features tracks and remixes from cutting edge artists such as Crazy P, Supernova, Storm Queen, Aeroplane, The Shapeshifters and Soul Central, as well as cuts from Canitrot himself.
Playboy Sessions Paris is released on 9 April 2012 on Defected Records, 2CD and download
facebook.com/michaelcanitrotofficial