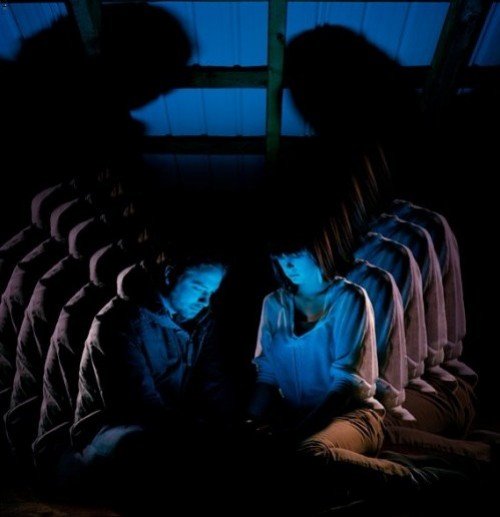 Phantogram is the operating name of Sarah Barthel and Josh Carter, an enigmatic electro-rock duo hailing from New York, who have a deceptively large sound.
‘Nightlife’ is their thrilling EP out on Barsuk Records, a worthy follow up from their debut album ‘Eyelid Movies’.
The EP is a dreamy and opulent sound anchored by driving beats and a menacing edge featuring a strong collection of songs that immerse you in a world of powerful, electro/futuristic rock.

Carter explains that the EP “couldn’t have been written anywhere other than in clubs and hotel rooms during this experience we’ve been having for the last year or two.”

As founders Josh (vocals, guitar, samples) and Sarah (vocals, keys, samples) have replaced their previous day jobs with new jobs touring the world and living on the road, they’ve had to find ways to work steadily on new music while constantly in motion.