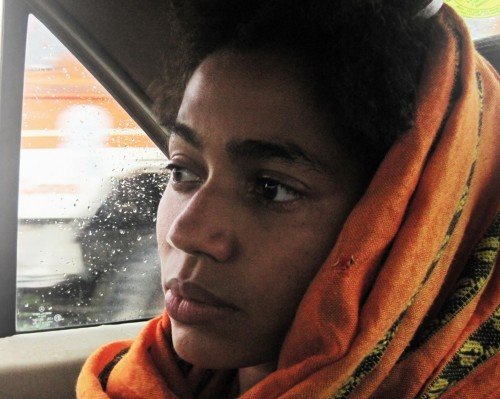 March this year sees popular singer Nneka return to the World stage with her new single ‘My Home’.
Soulful and classy, the Nigerian born artist will hope this latest offering follows in the footsteps of previous release ‘Heartbreak’, which achieved Top 20 status in the UK, helped by its classic Chase & Status remix and extensive airplay on national radio.
‘My Home’, described by Nneka as being about the need to accept that ‘both bad and good are part of life’, comes as part of release package which includes remixes from dubstep legends Digital Mystikz along with mixes by Manygances and 10 Kings.

The song is taken from the forthcoming title ‘Soul is Heavy’, an album which sees Nneka widening her range yet again.

Its mixture of reggae, hip-hop and afrobeat rhythms overlaid with a voice dripping with soul, showcases an artist with a mesmerising command of her craft and her ability to deal with the tough realities of global politics demonstrate an intelligence and individuality rarely seen today.

Born in Nigeria, Nneka relocated to Germany to pursue her music career and her sound and the depth of her heart-felt song-writing reflect her experiences as an African on a cultural journey through continental Europe.

Nneka has toured Europe and the US extensively in recent years gathering new fans wherever she plays.

She’s supported the likes of Femi Kuti, Seeed, Sean Paul and Gnarls Barkley, and counts artists like Lenny Kravitz and Lauryn Hill among a growing number of admirers.

‘My Home’ is released on Decon |Records on 5th March 2012.
nnekaworld.com
By Norman Boyd