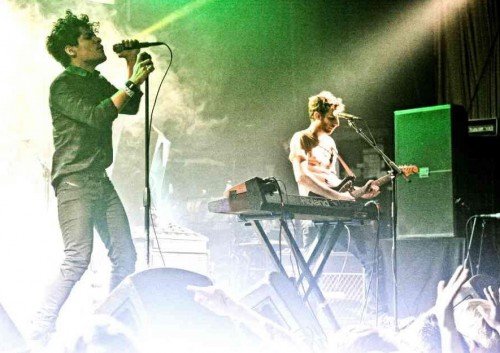 Neon Indian’s Alan Palomo be releasing ‘Hex Girlfriend’ on May 28th and Neon Indian will also be returning to the UK on June 6th for a show at London’s Village Underground.
His atmospheric synth-pop is captivating and once again UK audiences will be able to immerse themselves in Palomo’s electronic world.

Ahead of the single’s official release, a special lime-green vinyl edition will be made available on Record Store Day, with the original version on one side and the Twin Shadow remix of ‘Hex Girlfriend’ on the other.

Record Store Day takes place on April 21st in independent stores around the country and in the US.
Neon Indian live at London’s Village Underground on June 6th
Tickets go on sale at 9am on Friday, March 23rd and are available from rockfeebackconcerts.com and seetickets.com.
www.neonindian.com