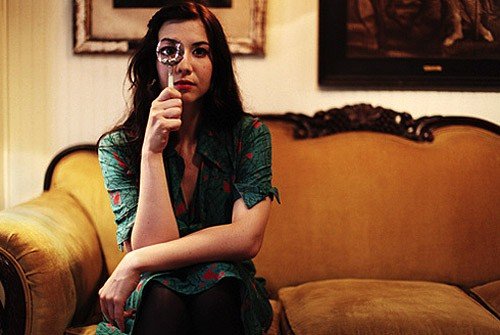 Check Lisa Hannigan’s second single ‘What’ll I Do’ taken from her stunning album, ‘Passenger’, is released an April 9 (Hoop Records / PIAS) and her Gotye cover of ‘Somebody That I Used To Know’.‘What’ll I Do’, is one of the brightest-sounding moments across ‘Passenger’.

Buoyant, infectious and arguably her most immediate track to date, the song was inspired by “the fact that, though life goes on regardless, some people make the world brighter with their presence.”

Lisa recently filmed a one-take video for it whilst being thrown about on a rollercoaster (following 18 takes, she ended up using the first one). And despite its upbeat sound, ‘What’ll I Do’ contains the same lyrical anxieties and themes of loss and distance that are evident across the album (“oh I don’t know what to do with myself / now that I’m here and you’re gone”).
Lisa Hannigan
New Single – ‘What’ll I Do’ – Out April 9
Live – Queen Elizabeth Hall – London – May 13
lisahannigan.ie/