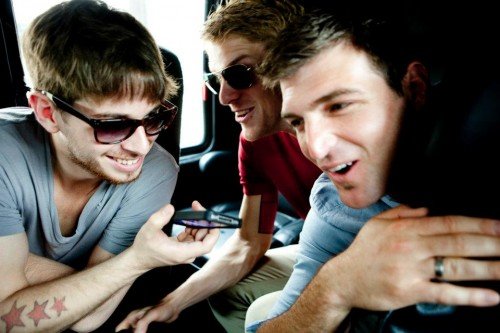 Foster The People are to release ‘Call It What You Want’ as the next single from their critically-acclaimed debut album ‘Torches’ on Monday 5th December.
Continuing on from what has been a phenomenal year for the band, Foster The People were nominated for two Q Awards in the Best New Act category and Best Track category for their single ‘Pumped Up Kicks’ – which has now sold over three million copies worldwide – and were also recently nominated for two MTV VMA Awards.

The band have just finished a sold-out tour of the U.S and have wowed festival audiences across the UK over the summer with performances at Glastonbury, Latitude and the Reading and Leeds Festivals.