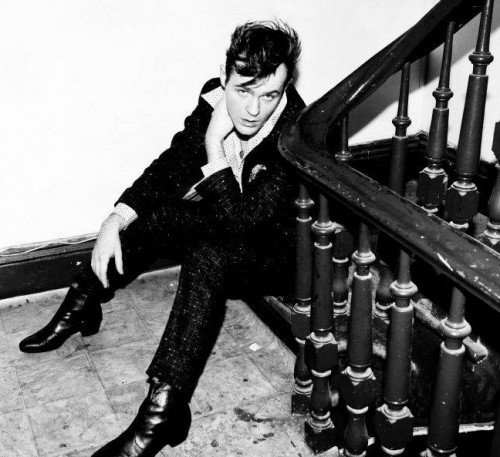 ‘Masochist’ is Devin’s debut UK release and an unstoppable force of a song. With pounding drums, driving guitars and punk-tinged vocals this is Devin giving it his all, merging pop melodies and his rock & roll values.
Having brought his brash, punk attitude and rockabilly ways to the UK for the first time last month and fresh from storming sets at this year’s SXSW, New York’s Devin is set to release his debut album ‘Romancing’ on April 30th through No Evil.

The album will follow the single ‘Masochist’, out on April 23rd.

Those who witnessed Devin on stage in London recently – whether supporting The Drums at The Roundhouse or at his first headline date: a heaving, intimate show at The Shacklewell Arms – can attest to the force of his raw energy, and this record captures that same energy, twelve songs of pure unadulterated rock & roll infused with elements of rhythm & blues, soul and punk that hark back to the classic sounds of Iggy Pop and the New York Dolls.
Live dates:
MAY
5th: LEEDS, Live At Leeds
6th: LONDON, Camden Crawl
12th: HAMBURG, Molotow
13th: BRUSSELS, Rotunde
14th: PARIS, Nouveau Casino
devinmusic.com
facebook.com/musicfromdevin