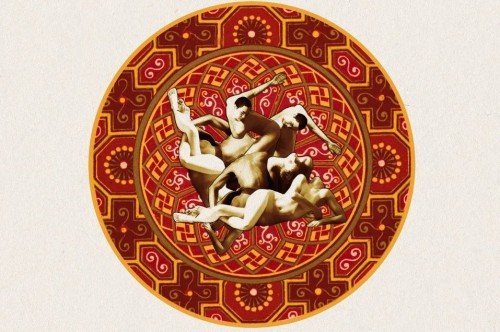 Recorded with Tom Dalgety (Cat’s Eyes, Siouxie Sioux, the Maccabees), the new single marks a step up from the band’s early bedroom recordings.

The single released on 100 limited edition vinyl is due for release via Howling Owl on May 14th.

Accompanying the release will be a small fanzine produced by the band. The band will support the release with a few shows across the country including a launch show at the Electricity Showrooms (London) on May 17th.

The video is directed by Misa Krabbice, featuring the choreography and performances of Finn Matthews and Izzy Bree, features choreographed dance routines and is influenced by the likes of Kate Bush, German Expressionism and the Shen Wei dance arts

The single will be available via Rough Trade Records/Rise Records facebook.com/concubines