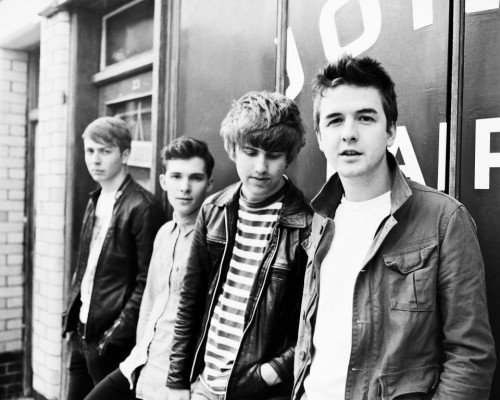 Check out China Rats’new video for ‘To Be Like I:
China Rats are a four piece rock ‘n’ roll band from Leeds, who are all swagger and tight jeans, inspired by a love of punk’s riotous guitars, 50’s pop and classic British guitar bands.

The band’s debut EP “To Be Like I” will be released on 30th April and features three tracks: “To Be Like I”, “Take No Prisoners” and “She Never”.

It was written, recorded and produced by the band. “To Be Like I” is an exhilarating whirlwind of teenage angst and given true meaning by intertwining crashing guitar sound snippets of truth.

China Rats write songs about real life encounters and experiences. Of lead track ‘To Be Like I’, singer Graeme says: “its about getting your best on for a Friday or Saturday night and being convinced all the girls are into you when really they aren’t interested at all; they hardly even notice you.

I’m sure everyone feels like that sometimes”. On ‘Take No Prisoners’ he says, “I suppose it’s about those trendy kids who only ever seem to ‘hang out’ and get wasted. It was the first song we ever wrote and the lyrics are pretty self explanatory!”
China Rats are:
Graeme Thomson – Lead Vocals / Guitar
Luke Smith – Lead Guitar / Vocals
Jedidiah Allcock – Bass / Vocals
George Riley – Drums
facebook.com/chinarats