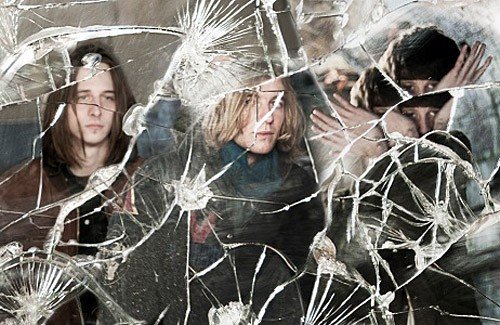 Resurrecting the licks and gravelly tones of America’s garage rock scene and uniting it with English raw appeal and psychedelic undertones, they have the sound to back it up. Loud, raucous and playing with swagger, they are converting non-believers.

Formed in 2010 and hailing from South London, the band previously released material on Big Dirty Engine Records, part of the Jaguar Shoes collective.
Since then, they have toured Italy and been busy creating new material. On this, their 2nd debut the group have moved forward, without losing their gritty and untamed personality.

They are now in their own words ‘less teenage and more together, hungry to affect a generation’.

‘Fiasco’ and ‘England’’ are to be self-released on 30th April. The tracks have been mastered by Mike Marsh. Mike has mastered legendary dance and rock records by Stereo MC’s, Bjork, Oasis as well as Massive Attack, Chemical Brothers and Basement Jaxx.

‘Fiasco’, Gareth aka ‘Sun King’ explains ‘is about when you get to the point of being so completely and unavoidably shunted by drink, you feel like you’re flying high above everything. It’s so easy to get swept into passionate things when drunk and no doubt, drink doesn’t always have to be the drive to get you there’

B-side “England” conjures up the land as the band see if through their cracked psychedelic mirror. Conrad says ‘The perception of what it is to be an ‘English Man’ has been completely rewritten by my generation. Britannia now rules the waves through the Arts, music and literature, I am much prouder to be part of this New England’.
UK dates, further TBA
20th April @ Buffalo Bar with Dingus Khan (Chamber presents)
5th May @ The Bethnal Green Working Men’s Club (single launch)
blackmanila.com