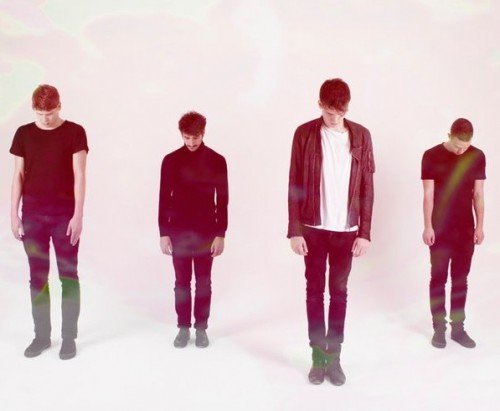 Since releasing their first single ‘Prisoner’ through Luv Luv Luv Records late last year, the noise-rock four piece have been busy writing new material and are now preparing to release a new single ‘Modern Man’ through their own 7” label imprint Echoplex on April 23rd.
Collaborating with Sean Beavan (NIN/Marilyn Manson producer) again for the upcoming release, ‘Modern Man’ is Binary’s heaviest, most raw and honest recording yet.

Of the single, front man David Troster says, “we wanted to do something that was a lot more angry. I wanted to just rail against all the bullshit and vapid pop that seems to be prevalent in music these days.”

Channeling their anger and aggression through some serious songwriting, ‘Modern Man’ is a perfect combination of industrial drums with electronic noise and walls of distorted fuzz guitars.

Beavan’s touch ensures a truly menacing sound, deserving of only the loudest volume levels through the very best speakers.

Released as a digital download/7” on April 23rd through Echoplex.
thisisbinary.com
facebook.com/binary.band