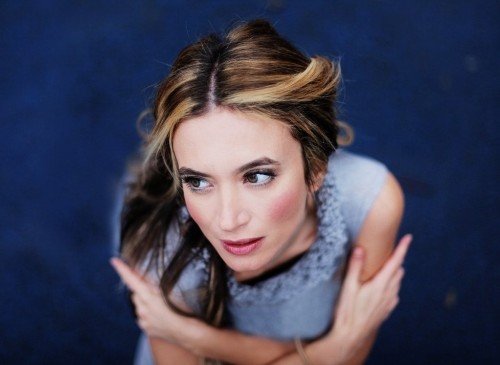 Check Athena’s new single ‘Finding England’ (out on 5th March), taken from her second album ‘Peeling Apples’ released on 19th March, through Embraceable Records.‘Finding England’, is perhaps the most poignant song on her new album, a song about letting go of expectation.

Set in London, this wistful city-themed tale is an intimate and warm soundtrack to the cold winter days.

Athena has the same sort of clear artistic vision that marks out Norah Jones or Tori Amos or Bjork with a fresh, limitless ambition. She navigates the most intimate subjects on human nature and relationships with the skill of a classic songwriter, and one of the UK’s most original voices.

As Jamie Cullum recently noted Athena is “classic with a twist”.

Athena’s childhood was filled with obstacles that have made her the determined singer songwriter she is today.

From very young she was denied a piano and the first time Athena told her parents she wanted to dedicate her life to music her father insisted she study business, so she headed to Bath University and achieved a First Class Honours Degree.

“I was very unhappy though,” she says. “I didn’t see the point in living without doing what I loved full time so I left home and enrolled in Trinity Music College. I wanted to learn everything I could about music.”