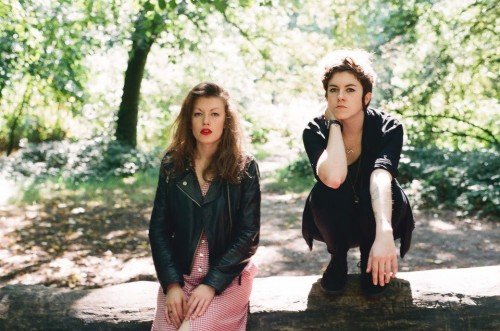 The ‘Scarlet’ EP, released last autumn, saw London based sisters, 2:54 cast their spell over critics and audiences alike with their storm-cloud of a sound, both menacing and beautiful, eerie and bewitching.
After sold out headline shows in 2011, Colette and Hannah Thurlow are readying their next single ‘You’re Early’, braced for release on Fiction this spring.

‘You’re Early’ is a tightly coiled spring of primal energy, hypnotic melody and hushed obsession. While the track showcases their now signature unique melding of rock and punk influences, it also reveals an entrancing and groove-driven side to the band that lends itself to the darker side of r’n’b.

Before that though, they’ll be heading Stateside this March for their first extensive US tour, splicing an explosive stint at Austin, Texas’ South By Southwest festival with both East and West coast runs.