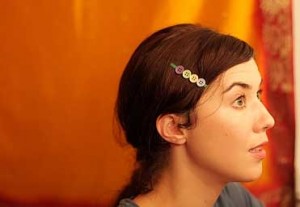 Lisa Hannigan started her singing career at the age of 6 as the fairy on top of the Christmas tree in the school play. Although she still remembers three quarters of the words she is no longer convincing as a fairy. On the long car journeys down to west cork for summer holidays she sang the backing vocals to her mothersâ€™ front seat Joni Mitchell and Nina Simone and to this day knows all of the words to Paul Simon’s “Graceland” and the Queen back catalogue.

The first record that Lisa ever bought was Michael Jackson’s “Bad”. Although in those days it was called a tape. She sang and danced along until the tape wore out, not only improving her singing but also affirming her lifelong dedication to the art of uncoordinated dancing, believing strongly in the scientific correlation between the amount of fun had to the stupidity of the dance moves. 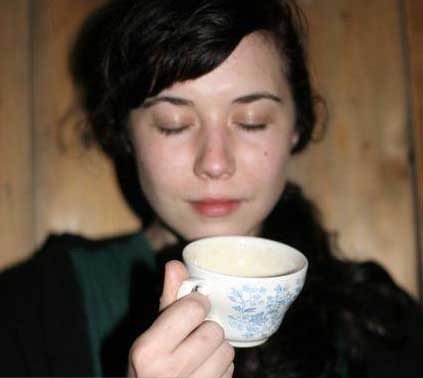 Lisa then spent many years singing in choirs and musical choruses in school, all the while taping songs off the radio. After hearing a recording of Maria Callas singing the “Bell Song” from Delibe’s “Lakme” (a cd at this point), she became fixated with the idea of learning how to sing like her. After a few years of study and development she realised that her chances of playing a consumptive operatic heroine were severely hampered by both her naturally quiet voice and her insatiable love of cake. The former could be helped by a microphone; the latter could not be helped at all.

A chance meeting with singer songwriter Damien Rice led to a long period of collaboration and development. Lisa spent the next few years touring the world, meeting wonderful musicians and friends, writing songs, forgetting then remembering how to ride a bike, contributing backing vocals on many friends records, including the Frames and Mic Christopher, singing with the legendary Herbie Hancock and gradually finding her voice, needing the microphone less and less.

When this collaboration came to an end after seven years, Lisa was left with a notebook of songs and the desire and confidence to put them onto a record. Gathering a talented band of friends together, including Tom Osander on drums, Shane Fitzsimons on double bass and Donagh Molloy on trumpet, they got to work.

After a few months demoing and working through the arrangements, Lisa and her band, rehearsed and full of coffee and cake, went to the Cauldron studios in Dublin and spent fourteen days putting them on tape. Starting early in the morning, the band spent their days down in the basement studio, playing glockenspiels and harmoniums, violins and organs, trumpets and guitars, and sang until they were hoarse, emerging in the small hours to stagger home to sleep. Friends contributions punctuated the long days, including Gavin Glass on piano, Lucy Wilkins on violin and Vyvienne Long on cello. Together with engineer Jason Boshoff, Lisa and the band marked off their contributions on a blackboard, until they were left with a record both warm and creaky, sparse and full.

Jason Boshoff then took the record home with him to london where he, Lisa and Tomo mixed it in the Strongroom in the east end. Lisa’s mother Frances began knitting in preparation for the cover artwork. After spending a happy month stitching the lyrics onto rough cotton, and picking out the many references to the sea in the lyrics, Lisa decided to call the album “Sea Sew”.