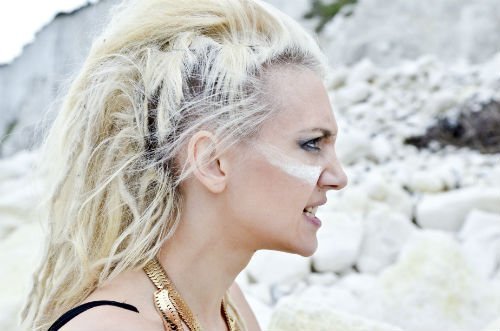 Lionface, the exciting project by Bristol’s new alt-pop electro artist Kat Marsh, the former bass-player and second vocal for London punks The King Blues, got our full attention with both her previous EPs ‘Beast’ and ‘Run For Cover’.

Now Lionface is back, with ‘Girl’, a strongly impressive tune lifted from her forthcoming double A-Side single recorded with producer Peter Miles (Dry The River, The Skints and We Are The Ocean).


Lionface is due to cement her live reputation at The Marble Factory in Bristol this upcoming October (with Kosheen), alongside two headlining shows in Winchester and London at Hoxton Square Bar and Kitchen on October 10th.

First up.. can you tell us (again) why did you decide to call your project Lionface?

I started writing the songs that would become Lionface after The King Blues split in 2012. They were completely different to anything I’d written before, much more heavy and aggressive and about really dark events. I needed to be really brave and confident to be able to perform the songs live, so Lionface is what I become onstage to be able to do it!

What’s changed since your King Blues period? Do you miss it at all?

It was tons of fun playing shows with The King Blues, we played some pretty big dates and did a bunch of tours. After they split I went back to how I did things before, lots of DIY creation, making my own videos etc. It was great to be able to tour at a big level with those guys, but I definitely prefer playing my own music. I’m much more of a singer than I am bass player, although I’m sure the bass will come out at some point.

Can you tell us something about your new track Girl?

Girl was written after some scary incidents that happened to myself and to my girl friends. One that stands out, I was followed by a guy I didn’t know as I drove away from a venue late at night. I saw him behind me all the way home, but gave him the benefit of the doubt and when I got near my house I drove back into the city to see if I was just being stupid. But he kept tailing me and when I couldn’t shake him after driving the same route 6 times I called the police. They told me to drive to the police station and he finally vanished. It made me think, what would have happened if I hadn’t noticed him and I’d parked on my unlit road outside my house? 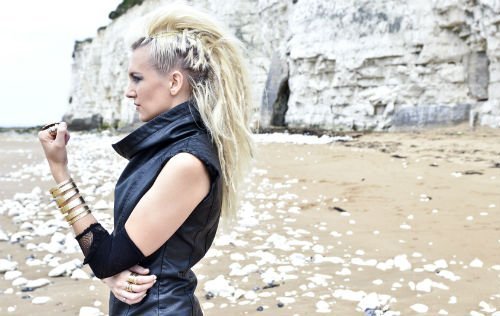 Even though we live in a fairly safe country for women, we still have to be careful, check if we’re being followed, avoid going out alone, watch our drinks etc etc. I’ve been assaulted in the crowd at a festival, one of my friends was grabbed by a guy outside her house. It gets really tiring, it’s scary and it’s unfair for everyone, men included. Most guys are decent and would never dream of hurting a women, but they can still get viewed with suspicion because a lot of girls expect the worst. So I wrote Girl as a response to this.

You are due to play at The Marble Factory in Bristol this upcoming October (with Kosheen) alongside two headlining shows in Winchester and London at Hoxton Square Bar & Kitchen…Tell us why we should be there!

We’re really excited about playing these shows! My band are awesome and our live set is intense. We’ve also got some new stuff we’ve added to the set, so even if you’ve seen us before it’s gonna be fresh!

I want to keep making music, keep playing shows for people and keep creating visuals. I dream of taking my music to other countries. I’d love to tour the US one day! 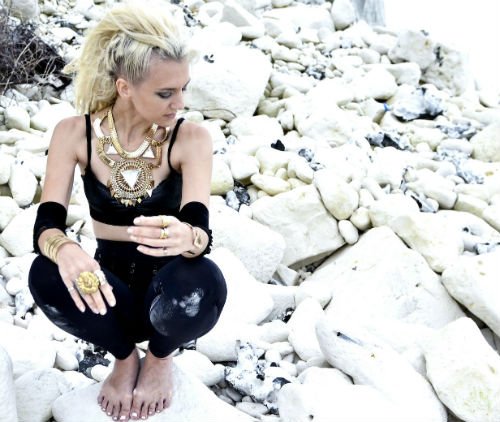 It changes all the time, right now it’s Die Antwoord. I have so much love for them.

My family and friends are really awesome and supportive of what I do and they’ve all helped me in different ways. That and coffee…lots of coffee.

We’re going back into the studio later this year to record and will have new songs and a tour early next year. I want to smash 2015 into pieces.