Richieâ€™s success story over nearly 30 years is legendary, having sold over 100 million albums, written some of the most well known and best loved songs in the world â€“ won a staggering five Grammy Awards, one Oscar, and a Golden Globe, not to mention the pile of American Music Awards, The Peopleâ€™s Choice Award and the Crystal Award for Humanitarianism, the UKâ€™s MOBO Award and many others too numerous to mention. 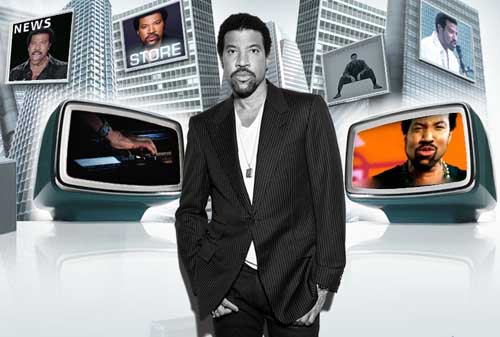 Lionelâ€™s blistering live performances will give fans the chance to hear ALL THE HITS, ALL NIGHT LONG as he performs classics including Three Times a Lady, Running With the Night, Penny Lover, Easy, All Night Long, and Dancing on the Ceiling and introduces tracks from his fabulous new album including his new single â€œI Call It Loveâ€, â€œAll Around the Worldâ€ and â€œWhyâ€.