For the first time on television, Linkin Park will be performing their #1 single on the Billboard Alternative and Rock Songs Chart, “The Catalyst” for fans at the 2010 MTV Video Music Awards. 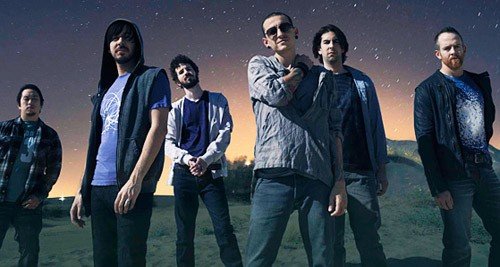 This marks the first single off their highly anticipated new album, A Thousand Suns scheduled for release on Tuesday, September 14.

“After 2 years of working on our new album, we’re looking forward to sharing our first live performance of new music with our fans around the world on the MTV Awards,” said Chester Bennington, lead vocalist of Linkin Park.

Other performers on the show include Usher, Paramore, Eminem, Kanye West, Justin Bieber, Drake, B.o.B, Florence + The Machine, along with Travie McCoy, Jason Derulo and Robyn who will perform with this year’s VMA house artist, deadmau5.

Comedienne Chelsea Handler will host the show. The “2010 MTV Video Music Awards” will air Monday, September 13, 2010 at 9PM on MTV UK. MTV will announce additional performers and presenters on a later date.

Viewers can log on to www.mtv.co.uk/vmas for more information.