In the upcoming issue of Vanity Fair, Lindsay Lohan admits making mistakes in the past and “dabbling in certain things.” 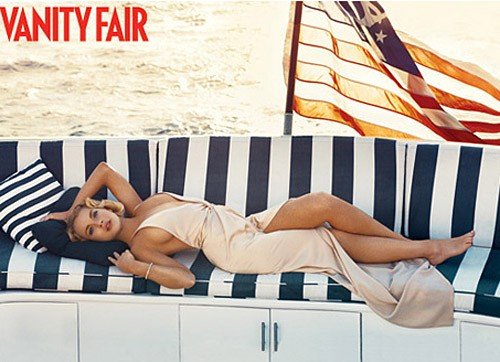 â€œIf I were the alcoholic everyone says I am, then putting a [SCRAM] bracelet on would have ended me up in detox, in the emergency room, because I would have had to come down from all the things that people say Iâ€™m taking and my father says Iâ€™m takingâ€”so that says something, because I was fine,â€ Lindsay Lohan tells Vanity Fair contributing editor Nancy Jo Sales.

â€œI think everyone has their own addictions and hopefully learns how to get past them,â€ she says, in an interview conducted one week before her jail time began.

â€œI think my biggest focus for myself is learning how to continue to get through the trauma that my father has caused in my life.â€

Lohan was visibly upset when she spoke with Sales about Aliâ€™s presence in the courtroom, calling it â€œheartbreakingâ€ to see her sister cry.

However, Lohan feels conflicted about her fatherâ€™s unexpected appearance at the hearing, telling Sales, “The worst part of it is you turn around and you see your dad crying and normally youâ€™d be, like, happy that your fatherâ€™s there. But then he has to go and do an interview right after.â€ 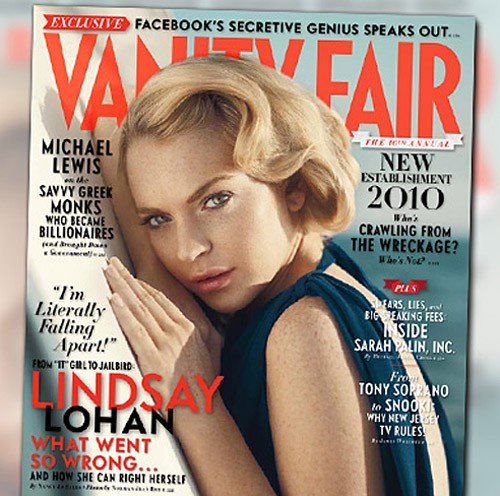 Sales reports that Lohan thinks her career is far from over. â€œI donâ€™t care what anyone says. I know that Iâ€™m a damn good actress. â€¦ And I know that in my past I was young and irresponsibleâ€”but thatâ€™s what growing up is. You learn from your mistakes,â€ she tells Sales.

Lohan adamantly denies rumors of drug abuse, telling Sales: â€œIâ€™ve never abused prescription drugs. I never haveâ€”never in my life. I have no desire to. Thatâ€™s not who I am.

Iâ€™ve admitted to the things that Iâ€™ve doneâ€”to, you know, dabbling in certain things and trying things â€™cause I was young and curious and thought it was like, O.K., â€™cause other people were doing it and other people put it in front of me. And I see what happened in my life because of it.â€

Lohan blames her troubles, in part, on hanging out with the wrong crowd, Sales reports. â€œSo many people around me would say they cared for the wrong reasons. A lot of people were pulling from me, taking from me and not giving. I had a lot of people that were there for me for, you know, the party.â€

And when she first moved to L.A., Lohan says, â€œit was very go-go-go and I had a lot of responsibility; and I think just the second I didnâ€™t have [structure] anymoreâ€”I was 18, 19â€”with a ton of money and no one really here to tell me that I couldnâ€™t do certain things â€¦

And I see where thatâ€™s gotten me now, and I donâ€™t like it.â€ She says tabloids were her main source of news, and calls that â€œreally scary and sadâ€¦ I would look up to those girlsâ€¦ the Britneys and whatever. And I would be like, I want to be like that.â€

Sales interviews several paparazzi, and reports that Lohan often cooperates with them for a fee, though Lohan denies this. â€œIf I called her up right now and said Iâ€™ll give you $10,000, sheâ€™d come right down,â€ a photographer tells Sales.

â€œOnce youâ€™re famous, thereâ€™s always a way to make money,â€ another photographer says. â€œShe might not be doing what sheâ€™d like to be doing, but sheâ€™ll always be Lindsay Lohan.â€

The October issue of Vanity Fair will be available on newsstands in New York and L.A. on Thursday, September 2, and nationally and on the iPad on Tuesday, September 7.
Interview by Nancy Jo Sales
Photos by Norman Jean Roy
www.vanityfair.com/