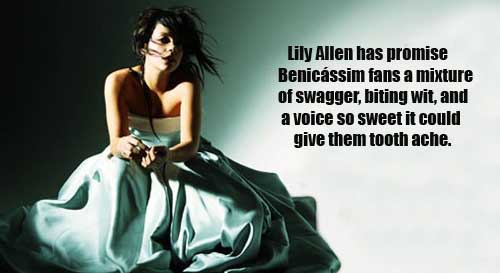 FIB Heineken are proud to announce that Lily Allen, Glasvegas and The Mystery Jets will all perform on the BenicÃ¡ssim stage this year.Â  Also appearing will be Fight Like Apes, TV on the Radio, Late of the Pier, Magazine and Bell X1. 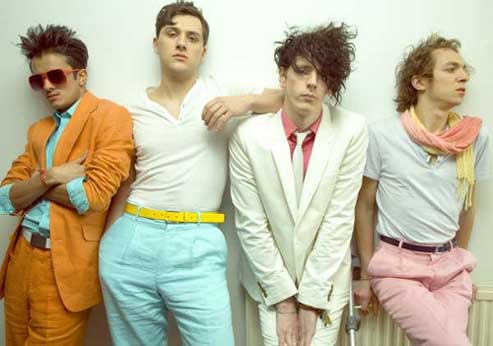 Having already confirmed Oasis, Kings Of Leon, Franz Ferdinand, The Killers, Paul Weller, The Psychedelic Furs, White Lies, Friendly Fires, Late of the Pier, The Bishops, and Boys Noize, few would disagree that FIB Heineken is now officially the best festival of 2009.

With over 2.6 million copies of her debut album sold worldwide, her second album crashing in to the US charts at number 1 and a string of pop classics such as Smile, LDN and The Fear under her belt, Lily Allen has promised BenicÃ¡ssim fans a mixture of swagger, biting wit, and a voice so sweet it could give them tooth ache.

Melancholic rock at its most poignant, Glasvegas are the next welcome addition to the BenicÃ¡ssim bill. The Scottish band created a maelstrom of hype after the release of Daddyâ€™s Gone, which emerged like a dark cloud with its gritty lyricism, soaring riffs and pain ridden vocals. Now NME cover darlings, their set will attract indie kids of all ages and nationalities.

Next up are Eel Pie Islandâ€™s finest, the eccentric and off-kilter Mystery Jets. With their heads in the clouds and their feet cemented in indie pop, this five-piece create songs with a disarming vocal harmony. Singing about everything from cats befriending mice, to being â€˜Half in love with Elizabethâ€™, the Mystery Jets will know how to rock the BenicÃ¡ssim crowd. 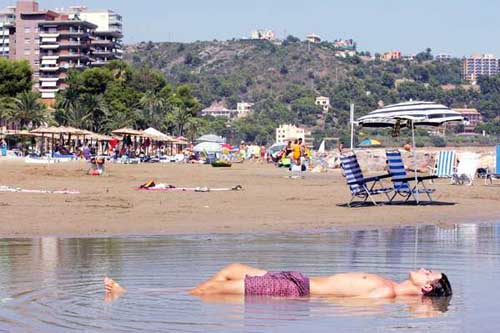 A phenomenal 50,000 people per day enjoyed FIB Heineken 2008 in the gorgeous Spanish sun and early indications suggest that this year (which sees the festival celebrating its 15th birthday), will be one to remember. Backed by the man behind The Hop Farm Festival and founder of the Mean Fiddler, Vince Power, it will take place from July 16th â€“ 19th on the east coast of Spain.
To book tickets please visit seetickets.com or lastminute.com.
May we remind you to buy your tickets from an approved outlet and please be aware of fake ticket websites. All information can be found at fiberfib.com .