By Cathy Black
LIGHTSPEED Champion is the name of the new musical venture by ex-Test Icicle Devonte Hynes, currently signed to Domino Records. 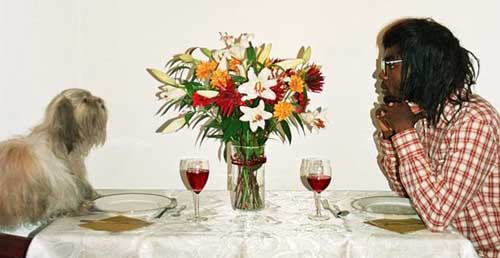 Containing musical elements from a variety of genres, Lightspeed Champion is a radically different sound to Hynes’ previous band. The band’s name comes from a series of comic strips Hynes did as a teenager in his school maths books.
“The first music I was into was musicals: stuff like the Rocky Horror film. Those songs had a big effect on me”, he said.
“And I’m an unashamedly huge country fan. My aunt in Houston always played the country stations.
“I’m pretty out of date with the new indie bands, though I still listen to a lot of hip hop.
“Test Icicles was one of many projects that the three of us did. We weren’t doing it for money or to be famous, so when the music stopped being fun we moved on.
“We didn’t want to cheat people, especially because it was mainly kids who were into Test Icicles. But none of the success was lost on me – I appreciated the fact that we got to play the Astoria, for instance”.
The sound of Lightspeed Champion was shaped thousands of miles away in Omaha, Nebraska, by experienced studio hand Mike Mogis, resident producer for Saddle Creek records.
Backed by an informal band that included multi-instrumentalists Mogis and Nate Walcott.
The Faint’s drummer Clark Baechle and guest vocalist Emmy The Great – not to mention moonlighting members of Cursive and Tilly And The Wall – Dev was able to furnish his gently humorous, open-hearted songs with an unaffected warmth. He has fond memories of this communal experience.
From the pedal steel introduction that opens the album to the luminous coda that closes it, the results are revelatory. The sound is spare and semi-acoustic, with country-rock and folk-pop flourishes.
Lead single Galaxy Of The Lost sets the emotional tone, hinging on the ambivalent couplet: “I feel better now I’ve seen you/But deep inside my bones feel like timber”.
There’s further experimentation on the Salty Water – an impressionistic piece of oblique ambient artistry which evokes Test Icicles’ rise and inevitable demise.
â€œPeople who just know me for Test Icicles might be surprised by Lightspeed Champion, but I’m really proud of this record”, said Dev.
“The feedback I’ve had from our old fans on MySpace has been positive. I always joke that I want to win a Grammy, but it’s not completely a joke. I want people to like it. We’ll see what happens”.
myspace.com/lightspeedchampion
thelimelightbelfast.com
See Lightspeed Champion in The Limelight, Sat 10th May.
Tickets Â£10 available from Katy Dalys. Doors 7.30pm