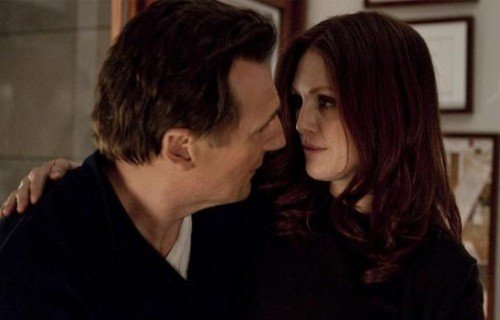 BALLYMENA superstar Liam Neeson has revealed he believes sex is “losing it’s mystery”. The actor, 60, said he would hate to be young again in today’s society.

He added: “I’d hate to be a kid now, because we’re all inundated with so much information about sexuality coming at us from everywhere – the media, the advertising billboards, just everywhere – and it must be so confusing for them.”

Neeson also believes that the sexualisation of society is ruining loving relationships.
He added: “There’s a problem that, if you become over-familiar with something, it moves from the sacred to almost the profane.

“The act is very, very special, you know. It’s full of mystery and wonder, and I’d hate us all to get to the stage where we just treat it lightly, because it deserves more than that … but times have changed since I was young, no doubt about it.” 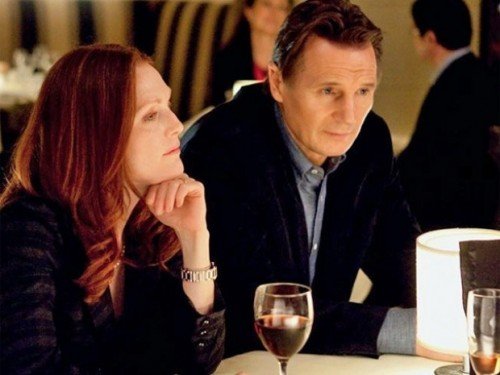 Moore plays Neeson’s love interest, a feisty passenger who is good with electronics.
The pair started filming the airline thriller at JFK Airport and Long Island MacArthur Airport this month.

Production sources revealed makers have paid MacArthur airport $71,000 to have run of the airport until January 9.

The movie is directed by Jaume Collet-Serra and the rest of the cast also includes Michelle Dockery and Scoot McNairy.

The Northern Ireland star is also currently filming as the voice of Bad Cop in Lego: The Movie due out in 2014.
By Tina Calder ©FAMEMAGAZINE.co.uk