Levi Roots, Mr Reggae Reggae Sauce combines the two loves in his life – music and food, in his first UK tour. Fusing both elements in his inimitable, charismatic style, Levi will be singing and cooking up some Caribbean Magic live on stage to promote his recent album, Red Hot and his latest single release Cool Me Off. 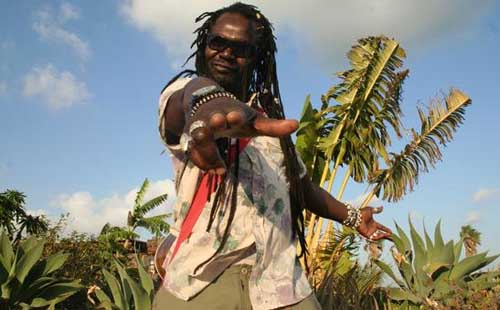 This musical and culinary show will be peppered with some motivational wisdom from Levi showcasing the entrepreneurial flair that first made him a slayer in the Dragon’s Den in a nation-wide tour throughout March that is not to missed.

Bringing with him the essence of laid-back Jamaican cool, Levi Roots was thrown into the forefront of the nations consciousness in 2007 thanks to his now infamous stint on BBC2’s Dragon’s Den programme and has remained in our minds with the continued success of his range of sauces, cookery books and television series. 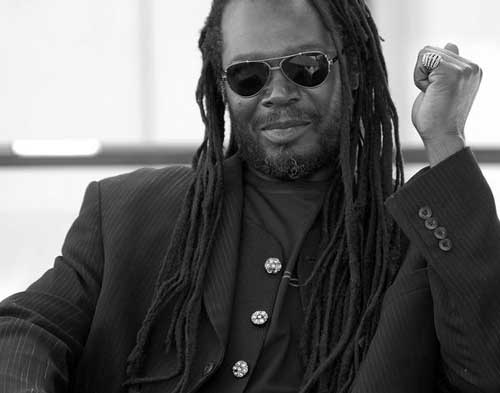 Levi’s story starts in Jamaica, where as a young boy, he lived with his grand mother who taught him the magic of cooking and inspired in him a love for the natural ingredients that are paramount in great Jamaican food. Since joining his family in England, Levi has kept the Caribbean sunshine in his life through his music and cooking.

Along side cooking, Levi’s love of Reggae and Roots music brought him to perform with some great musicians culminating in him being nominated for Best Reggae Singer at the 1998 MOBO Awards and performing with artists such as James Brown and Maxi Priest.

Levi has released two credible roots reggae albums, Free Your Mind and Jah Will Never Let You Down. Levi will be performing a cracking musical set with his band that includes the multi talented Mafia and Fluxy Levi and will be cooking his sublime Caribbean food live in The Red Hot Experience.

Throughout the month of March Levi Roots is touring the UK performing his new album Red Hot and spicing things up on stage.
www.levirootsmusic.com